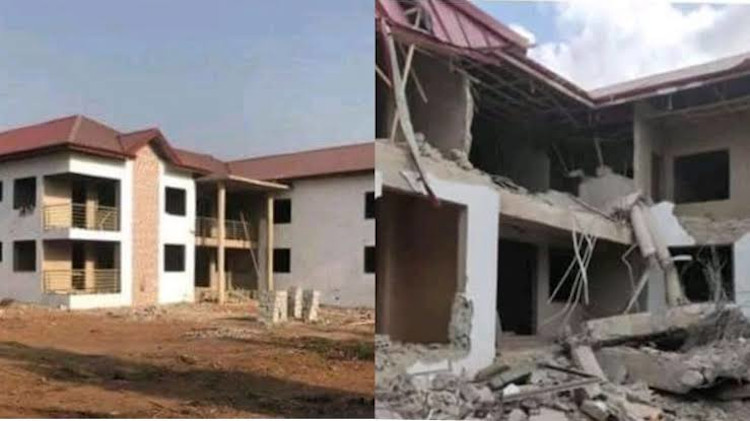 A  Ghanaian citizen recently attacked the Nigerian High Commission in the country, demolishing a part of it. Expectedly, the action caused ripples in the diplomatic circles, with some observers wondering what such an action portended for the relationship between Nigeria and Ghana, which was until then presumably chummy. The fact that the incident happened amid gradual but gnawing hostility toward Nigerians who live and work in Ghana didn’t help matters. For a moment, it really stoked the embers of mutual resentment between both countries. But the deployment of tact and diplomacy by both countries halted what could have snowballed into a major face-off.

The Ghanaian citizen brandishing papers supposedly indicating his ownership of the property had reportedly brought a bulldozer to the Nigerian embassy and demolished a part of it, saying it belonged to him.Subsequently, however, the Ghanaian authorities offered sincere apologies for the unwarranted offensive from the Ghanaian citizen, with a  promise to provide the necessary documents confirming Nigeria’s ownership of the property and repair the damaged building.

There were reports in the media that the Speaker of the House of representatives, Honourable Femi Gbajabiamila, had a dialogue with his counterpart in Ghana and that the Ghanaian ambassador to Nigeria also had an interface with the relevant Nigerian authorities in a bid to regain the mutual trust and confidence between the two countries. Apparently, the offender was oblivious of the Vienna Convention on embassies, hence the brusque and untamed approach to redressing a perceived wrong. It is shocking that such impunity took place: the offender never approached a court of competent jurisdiction seeking the reliefs he eventually granted himself.

It is imperative that the country’s embassies all over should be made more secure. They must be protected from such willful damage and arson by criminals and violent elements who do not care about international protocols. It was merely fortuitous that the violence did not extend beyond the building and that no life was lost. What ended up as a minor spat could have caused a major face-off between the two countries.

The incident should be thoroughly investigated by the Ghanaian authorities and the perpetrators dealt with and sanctioned appropriately. That would serve as  a deterrent to others who may have similar inclinations in future. The maturity and tact deployed in the matter on the part of both countries are laudable, but it is equally important to ensure that such avoidable intransigence is disallowed forthwith. The embassies of countries should be safe and secure from the antics of miscreants.