2019 polls: We won’t allow politicians to use us for violence ― ACOMORAN 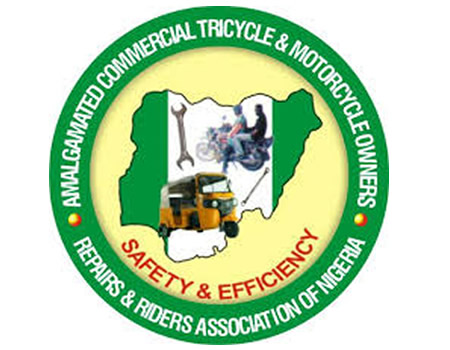 Share
The umbrella body of the Amalgamated Commercial Tricycle and Motorcycle Owners, Repairs and Riders Association of Nigeria (ACOMORAN) said, it would not allow politicians to use its members to cause trouble in the forthcoming general elections.
The Secretary of the Board of Trustees (BoT) of the association, Ado Ibrahim told a press conference in Abuja on Wednesday that seminars are being organised to sensitise motorcycle and tricycle riders in the country on the need to shun violence and act of thuggery during the  2019 general elections.
According to Ibrahim, “We organise seminars for our members to ensure that they are not used by politicians for violence during the election next month. The seminars will be a continuous exercise, we are training them to ensure that they don’t engage in violence and thuggery during the election.

“We, as a body have been educating our members across the country to shun any act of political thuggery, vote buying and any other act that might bring the name of the association to disrepute and for a hitch-free election”.
The BoT secretary also announced the dissolution of the National Executives Committee of the association due to the expiration of their terms of office adding that they have been in office since 2009.
He also announced the setting up of a caretaker committee to be headed by one, Musa Isiyaku as chairman and Saheed Folaranmi as Secretary.
“The committee shall organise and conduct election into various offices of the national executive committee in accordance with the provisions of our constitution.
“This committee is to immediately take over all the responsibility and functions of the National caretaker committee as stipulated in the constitution of our able association”, Ibrahim added
ACOMORAN further expressed support for president Muhammadu Buhari election saying, he has done well and should be entrusted for another four years.
” As an association that walks its talk,  we want to assure president Mohammadu Buhari that ACOMORAN believes in his leadership and will deliver to him a minimum of 12 million votes come the 16th of February, 2019″.