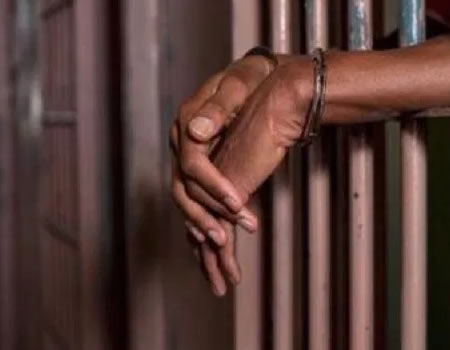 The Police on Wednesday arraigned two men in a Karu Grade 1 Area Court, Abuja, for allegedly cutting the legs of one Vera Atule with a cutlass.

The defendants, Abubakar Hassan, 22 and Abdulrazak Sani, 22, were arraigned on a four-count charge, bordering on the joint act, criminal force, causing grievous hurt and theft, offences they denied committing.

The Prosecutor, Vincent Osuji, told the court that the complainant, Atule of Angwan Tiv, Karu, Abuja, reported the matter at the Karu Police Station, Abuja, on Oct. 21, around 11:00 p.m.

“The complainant alleged that on the same date, while she was sitting in front of her house at the above-mentioned address, the defendants conspired, entered her house with sticks and cutlasses.

“The defendants cut Atule’s legs with the cutlass, inflicting injury on her two legs before she was rushed to the hospital where she incurred a medical bill of N6,500.

“The complainant further stated that the defendants also stole her cell phone, valued at N11,500 in the process,” Osuji said.

The Judge, Sani Mohammed, granted each of the defendants’ bail in the sum of N50, 000 with one surety in like sum and adjourned the case until Nov. 30, for hearing.