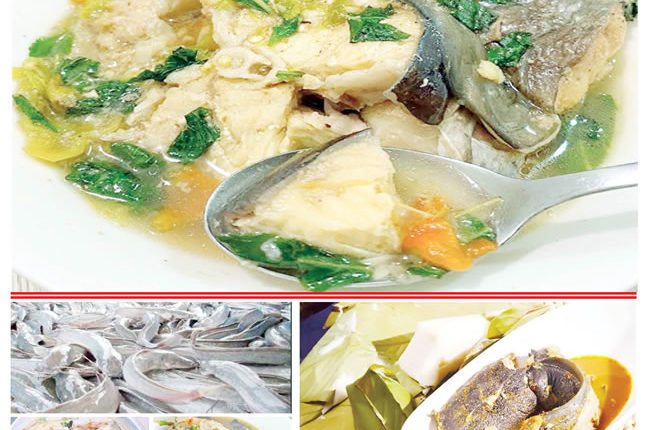 Pepper soup is a light and spicy dish traditionally made with goat meat but often with catfish or other meat. Also known as point and kill, the catfish pepper soup is warm and soothing, immersed in herbs and spices and perfect for all weathers.

Clean your fish thoroughly. Pour in some water and cover for few minutes (this is to harden the fish and avoid breaking while cooking). Set aside.

Put some water in a cooking pot and put on fire and then add your pepper soup powder, salt, diced fresh pepper, seasoning cubes, onion and bring to boil for five minutes. Add your clean fish and stir. Cover it up and let it cool for 10 minutes. Add your scent leaves and let it boil until fish is well-done. Serve while hot.

The deliciousness of garden egg sauce