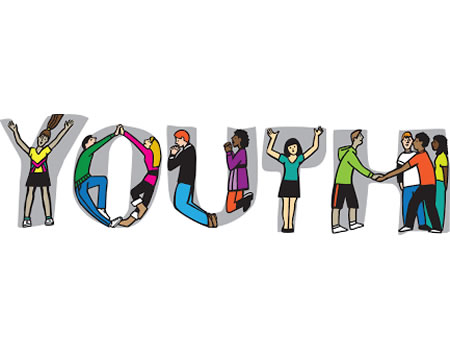 Power is never served a la carte. You have to struggle for power – Bola Ahmed Tinubu

I ordinarily do not play the youth card neither do I subscribe to tickling demographic or gender differences before having a comfortable seat at the table of power. The idea for me is quite simple; what if you were not born in that gender or what if you were not at that stage when you realised you should be sitting at the table? What would then be your bargaining tool? I used to believe strongly that if you want or need to be in leadership, you should, as a mature human person, be able to articulate your ideas and reasons for wanting/needing to be there and then go join the fray.

The realm of political leadership is an expansive field that I thought should accommodate everybody without us needing to ruffle each other’s feathers on the basis of age. I had thought that the principle preservation and “natural selection” would have made those at the departure lounge replicate themselves into far younger people so they can be more impactful across generations. But alas, as a good friend of mine would say, I have been sleeping on the bicycle.

Indeed, one of the things that got me restless after the 2015 general elections was when Mr. Justin Trudeau got elected to be Prime Minister in Canada, then I ran into a picture of him at two years old having a handshake with former Nigeria Head of State Yakubu Gowon when the latter went to Canada on state visit (Justin’s father was Prime Minister at that time). Oh mine! I had a crisis instantly. I wrote a piece about our pitiable state; Let’s Reflect: We Are Dying  and I called up a couple of friends so we could start doing something. You see, it makes no sense that a generation of politicians spent their own time and want to keep spending their children’s time. Because how do you explain how we are still governed largely by our civil war players?

We really have the reign of ancient principalities, holding tenaciously to power like they intend to be there forever, and yes, they intend to be! Little wonder we are not making much progress as a country of multiple people. Don’t get it twisted, some of these men had fantastic ideas in their time and it’s why we have this longevity of our political space. But to what end though? The truth is that we cannot continue with old days’ sloganeering of ideas that have out-lived their time (such slogans will be discussion for another day). So how do we turn the tide? How do we as a people break free from the hold of these principalities giving us a chokehold and not letting us breathe fine?

The intellectual answer of course is that we need strong institutions rather than strong men. Great! But if you are old enough to read and understand this piece, then you are old enough to have seen Nigeria defy almost all logic and principles of nation-building. You must have seen the rise and fall of your favourite institutions and you must be tired. The reason is not far-fetched. The Old Guard! Rather than being fascinated by socio-economic developments, they are in power for the sake of it and they use institutions as vendetta tools to settle old scores. That’s what they understand, and it is what they transfer to their political cubs. The institutions are there, but who are those manning them? So, you see a young Senator walk into a sex toy shop and for some reason, beat-up the attendant simply because he can do it without consequences. You see governors of states doing absolutely nothing meaningful in their states but congregate with thugs in another state for the election of one of theirs who is not at all different.

The National Assembly which should be a strong arm of government to keep the executive in check has become a shadow of its hitherto, not-too-bright self. For example, what concrete response or policy influence did the #EndSARS protests championed by young people gain through our senators and representatives? There is a House of Representative committee on Youth Development chaired by Mr. Yemi Adaramodu, has that committee sat since? In fact, what has the committee done towards the plight of youths in Nigeria?

The strength of the legislature in any democracy is a reflection of that democracy. It determines even the longevity of that democracy. I believe that on our way to liberty, one of the most decisive battlegrounds against the principalities is the legislature. On that field, a lot of what they built have to fall and new structures must emerge. Laws and policies have to be made, amended, and some, abolished. This task necessarily need to be executed by the best of us, feasibly from the next circle of elections.

Who, hence, are the best of us? Let me return to the demographic division I did with a biblical analogy.

When Samuel was a child and in tutelage under the aged Prophet Eli, there came a time when the Prophet’s eyes became dim and as a consequence of him not been able to properly guide his children, God cut off communication with him. As Judge over Israel, Eli was essentially ineffective. Though not of the Priestly tribe, God had to establish a relationship with Samuel at a very young age. As a person from Ephraim, Samuel was not even supposed to be in priesthood but there he was, bridging between God and Israel!

There are two lessons here. One, people are not too young or inexperienced to take on leadership and chart a course as long as they are rational humans with ability to think properly. Secondly, I am of the school of thought that believes today that being Eli or Samuel is not a function of age but a mindset and orientation. A man can be thirty years old and be Eli with dim eyes, because he lacks vision and ideas. For crying out loud, our military heads of state started out young and they derailed us all. A bunch of Eli’s!

On the other hand, being Samuel is also a function of the heart, and that’s why I don’t play the youth card. People can still have golden ideas and a desire for advancement even when they are advanced in age. Because we will all not be youths forever, neither will we be youths for so long. Are we going to expire totally at a certain age? Yes for some, no for others. What is important therefore as we begin to plan and strategise for days ahead is that we become, as well as, look out for those who embody what we want to see in government and at the table of power. Then we must be dogged in our resolve not to allow again, those who have tinted our pure ornament of civility and development, be they old or young.

Bad governance destroys old and young, all hands are therefore needed on deck to fix it. But the power to do so is not “served a la carte”, we have to jostle, fight against current principalities, and that in itself also requires all hands on deck.

Omonijo sent this piece from Lagos.

Controversial Catholic priest and Spiritual Director of Adoration Ministry, Enugu, Nigeria, (AMEN), Rev Fr Ejike Mbaka, has taken a swipe at President Muhammadu Buhari and past leaders of the country demanding that the President should apologize to the country, especially the youth, on behalf of himself and his predecessors, for causing Nigerians so much pain…Youth and power  Youth and power

ECOWAS at the crossroads

Women and their politically denied rights