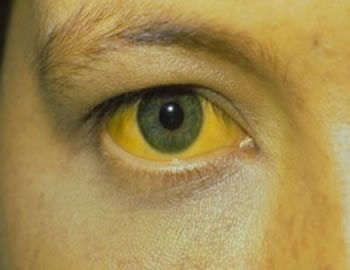 THE Enugu State Ministry of Health says it has stepped up its pro-active preventive mechanisms against a possible outbreak of yellow fever in the state.

NAN reports that the state had three council areas sharing a common boundary with Ebonyi, which recently recorded cases of Yellow fever outbreak.

She said that the ministry had been working with its partners to strengthen routine immunisation through using polio immunisation to administer yellow fever vaccine on children from nine months old.

Ezeudu said: “The ministry is quite aware of the yellow fever outbreak in Ebonyi. We have notified doctors in the state through the state chapter of the Nigeria Medical Association to watch out.

“We have taken all necessary proactive steps health-wise to put our disease surveillance officers at both local government, community and health facilities levels on alert and train them on case definition of yellow fever as stipulated by NCDC.’’

She said that the ministry had started using the mass media, especially radio with local languages to sensitise residents of the state on yellow fever.

“On the radio, we have told them not to panic as yellow fever is not transmitted from human to human.

“We sensitise against self-medication and advise our people to visit a healthcare facility immediately they fall ill.

“We talk of the need for them to keep their environments clean and free of stagnant water to discourage the breeding of mosquitoes,” Ezeudu said.

According to her, a special kind of mosquito-spread the highly fatal viral disease, which could be prevented for life by a single vaccination.

“The symptoms of the disease are yellowness of the eyes, sudden fever, headache and general body pain,’’ Ezeudu said.

NAN recalls that the NCDC and Ebonyi Public Health team had commenced investigation on suspected cases of yellow fever since July 31.

It was, however, discovered that between May 1 and Aug. 7, and there had been suspected cases that fit into the case definition for yellow fever and 20 deaths recorded in Izzi Local Government Area of the state.

The latest NCDC inquiry indicated that the outbreak might have been ongoing for a few months undetected by local health authorities and workers.