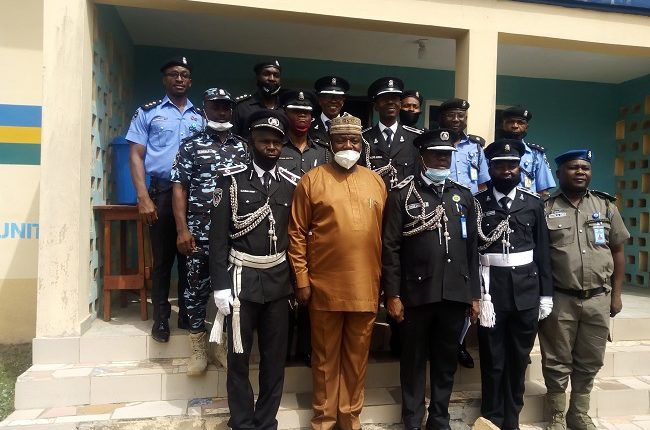 The Oyo State Commissioner of Police, Joe Nwachukwu Enwonwu, has charged new special constables in the state to work within the confines of the law, and not to use the opportunity they have been given to trample on the rights of residents of their communities.

Enwonwu stated this during the passing out parade of members of the Course 2, Batch B, 2020 of the special constabulary.

The police boss thanked the Inspector-General of Police (IGP), Mohammed Abubakar for the community policing initiative, adding that it would help in intelligence gathering, which would then assist in reducing crimes in the communities.

While speaking on the increasing rate of jungle justice in the state, CP Enwonwu, who said jungle justice is unlawful and not the best way to sort out issues of criminality, charging residents of the state to always hand over suspected criminals to law enforcement agencies.

Also speaking at the parade, the Oyo State governor, Mr Seyi Makinde, who was represented by his Special Adviser on Security, CP Sunday Odukoya (retd), said the state government would continue to support the police in the state in order to reduce crime to the barest minimum.

Governor Makinde charged the special constables to work with ethics and ensure they are civil to the members of the public while discharging their duties.

The Commandant of the Police Training School, Eleyele, Ibadan, ACP Olalekan Coker, explained that the new special constables had been trained to complement the efforts of the police in their communities.

He said they were trained on the basic principles of community policing and the sanctity of human rights.

COVID-19: Our hospitals are not rendering skeletal services ― FCTA