At Sabo market, the women accused the banks of refusing to load both new and old naira notes into the ATM 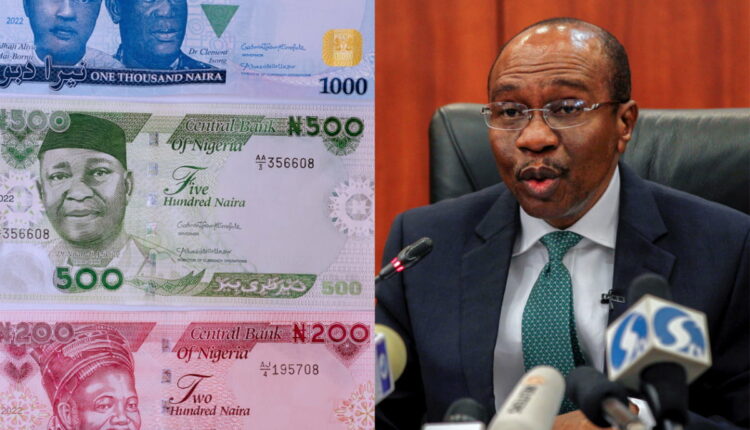 A group of market women at Asejere Market in Makoko Community, and Sabo Market all in Yaba Lagos has complained that Automated Teller Machines (ATM) in the area are still dispensing old naira notes despite Central Bank of Nigeria’s directive to commercial banks to push out redesigned local currency.

Speaking to Journalists during a sensitisation tour of the market on Tuesday, Assistant Iya Oloja, Asejere Market Makoko, Yaba Lagos, Memud Iyabo Ajoke said though they have not got enough supply of the newly redesigned naira notes, they hoped that the CBN visit will change the situation.

According to her, the market women have been longing to know more about the project and how it will impact their trade, “we are grateful to CBN for coming at the right time,” she said.

According to her, the message from the CBN will be passed across to all the market women on Thursday during the weekly Clean up exercise.

At Sabo market, the women accused the banks of refusing to load both new and old naira notes into the ATM because they do not want CBN to sanction them for still dispensing old notes.

Leader of the team comprising CBN staff and Journalists, Mrs Josephine Ajala, Deputy Director Banking Services Department at CBN told the women that their concerns would be addressed as the apex bank has stepped up its surveillance efforts on commercial banks that are hoarding the new naira notes.

According to her, CBN has deepened sensitisation at all major markets across the country.

She added that the new policy would help control inflation, as it would bring the hoarded currency into the banking system, thereby making monetary policy more effective.

“We believe that this exercise would help in increasing financial inclusion, moving towards a more cashless economy, and ensuring greater formalization of the Nigerian economy.”

She assured that the banks that are found culpable of hoarding and diverting the new notes will be sanctioned.

She said: “We’re taking stock to know those getting new notes and what they are disbursing or why they’re not disbursing. We’re monitoring to know whether the banks are hoarding, diverting or not even picking the new money.”

As for the sensitisation exercise, Ajala stated that the CBN will not relent in its efforts to acquaint Nigerians of the need to support the naira redesign project and eventually go cashless.

In line with its policy direction, the CBN has stated that banks that dispense old naira notes with their automated teller machines would be sanctioned.

We have new naira notes in sufficient quantity — CBN