Features
By YEJIDE GBENGA-OGUNDARE On Feb 5, 2021 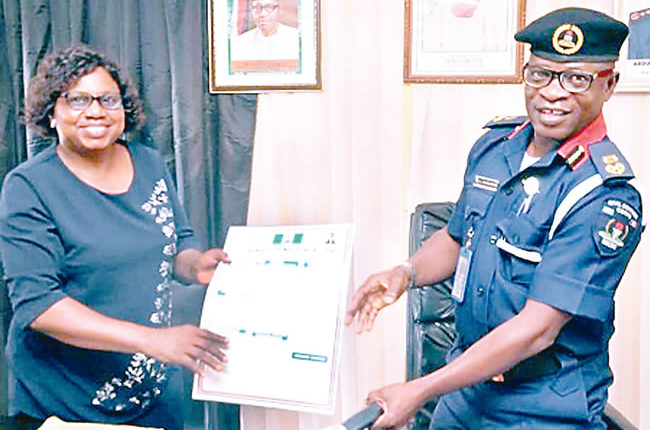 As part of efforts to curb rising cases of sexual abuse and gender-based violence within the state, the Oyo State Sexual and Gender-Based Violence Response Team (Oyo SGBVRT) has emphasised the need for community participation and mobilisation as an effective means of reducing incidence of violence within the society. YEJIDE GBENGA-OGUNDARE reports.

Gender-based violence especially violence against women and girls (VAWG), has been labelled as a public health problem that constitutes the highest form of human rights violations in today’s world. In Nigeria, there are numerous cases of such violence reported on a daily basis, while many go unreported. And Oyo State is not an exception.

The rising incidence of abuse is the reason the Oyo State Sexual and Gender-Based Violence Response Team (Oyo SGBVRT) is calling on people to help the team reduce to the barest minimum, incidence of violence in any form by making it a duty to report cases of abuses around them.

The leader of the team, Mrs Dupe Awosemusi, a legal practitioner and director in the Ministry of Justice, says while the team is committed to ensuring the provisions of the Violence Against Women Prohibition Law passed by the state House of Assembly in 2016 is adequately implemented to reduce cases of violence, the society needs to work with the team by providing information and breaking the culture of silence.

According to her, prevention of sexual and gender based violence requires strategies that challenge the value systems, norms, cultural and social beliefs embedded in the society which has over time normalised violence as a way of life. She reiterated that community participation provides an effective means of challenging such social dynamics.

“Community participation remains an essential requirement in the fight against violence in our society. While gender violence is not only about women as men are also victims, women are more vulnerable. It is estimated that 30 per cent of women will experience physical or sexual violence in their lifetime. Participatory approaches and community involvement will go a long way in making this change possible. Our society cannot thrive when abuses remain a way of life.

“We as a people must understand that we have a role to play in this. The people must be empowered by giving them education and reorientation on the role they have to play and why it is important to be their brother’s keeper. This is the time to mobilise for sustainable change on prevention of gender violence. We must tell others about the risks in violence so we do not keep going a step forward and five backward,” she said.

She said people must first understand that this is a responsibility for everyone and work together, adding that this is not the time to think that if it doesn’t happen to them or their family, it is not their business because it can happen to anyone.

The team said there is a need for shared responsibilities and placing priority on developing collaborative partnerships between agencies that work on gender violence prevention and the public to build people’s capacity to exercise greater agency and help people challenge the broader social and institutional structures that undermine collective efforts to prevent violence.

The team explained further that community participation in fight against gender violence allows the people to use their knowledge of social inequalities and vulnerability to build a collective response to health problems and leads to improved outcomes because such participation is an empowering process which can make individuals feel that they have control over the political, economic and psychological barriers to achieving change within their lives.

It is said that community participation also helps to break the culture of silence that surrounds cases of violence and will encourage more people to speak up because they are conscious of the support they will get from the society. Also, the team advocates that people need to examine their values and attitudes towards gender and relationship, build on their knowledge on aspects of sexuality and develop skills to help them communicate with others before their participation can yield results.

The team further advocates that critical consciousness of people must be built while systematic interventions to prevent violence against women and girls must be holistic, especially in view of intimate partner violence which seems to be prevalent in the state.

“Participation must be multisectoral  because physical and psychological trauma that violence causes may lead to other major issues, including mental health problems. Because violence is associated with male authority over female behaviour, justification of wife beating, and women’s economic disadvantage, all of which are manifest in the rise in cases, especially within low income earners, the society must learn to protect victims.

“The society also needs to look at gender issues beyond the female being victimised, men are also victims, though many suffer in silence. This underscores the fact that victims must be given a voice, speaking out and getting support is the first step in curbing abuse. Community participation helps to respond to the burden of violence and prevent it from happening.

“Education on gender violence should be for all; it must involve women, men and adolescents. The society must develop awareness and understanding of violence, knowledge of rights and reduce community tolerance for violence. When victims are given a conducive environment to disclose violence and communities become less tolerant of violence, the prevalence of violence will diminish,” the team said.

Are we really citizens of the same country?

Foundation starts empowerment of 50 people in each LG, LCDA in Oyo state