Will you marry me? How to dress well for proposal 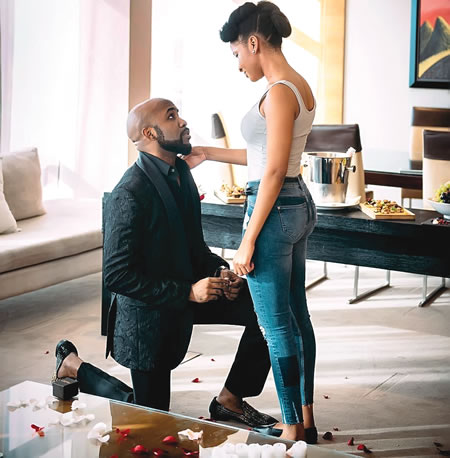 WEEKS ago, a video went viral on social media of a marriage proposal gone awry. The guy in question was filmed proposing to a lady assumed to be his girlfriend and she had left the poor chap kneeling, refused to look beyond a few glances at the ring, and walked away.

The refusal was not the problem. What majority of people reacted to was the way the lady in question dressed, and the fact that the incident took place in what seemed like a mall. She was clad in what would have best-been something reserved for a strip club and made things seemingly worse by adding a purely transparent net-like skirt, or better still, wrap-around plastic sheet. She added high-heeled shoes for effect. Many concluded that it was all the better for the man, as he looked more decently dressed and would probably have been making a mistake if she had responded in the positive. One never knows about marriage!

In this era of proposals – successful or otherwise – many things come into play. Unimportant as it seems, just the way a person dresses may be a significant pointer to whether a proposal will go awry or not. However, first and foremost, determine just how public you want the proposal to go.

Such proposals take place in the workplace or formal gatherings. Here, you’re required to go the long haul: a suit, tie, shoes, the works. If you choose to do this, nothing must be left to chance, and there is no room for half-way options. Your shoes, shirt, and general appearance must speak formal and classy.

Going traditional is also not a bad idea, depending on what works for you, and the place you hope to make the announcement – a cultural stage play or music event is one prime location. Here, you are required to dress up, and if possible, with a cap to go. There are no allowances for overly casual outfits here, else you’re asking for a rejection based on your embarrassment of an ensemble. If you choose to do traditional, the least you can do is do it tastefully.

These proposals usually take place at malls, restaurants, cinemas, parks and the like. It could also be a private dinner event. For open jacket proposals, you’ll need to show refinement in your dressing. This is because an open jacket may turn out in bad taste if you don’t combine the pieces of the outfit the right way. You can choose a T-shirt or a dress shirt, depending on what works for you. Your trousers could be chinos or jeans, but let the jacket scream quality. An open jacket over a shirt would do just fine. Unless it’s in her workplace or a similar environment, then you can work with a tie. If not, let your neck hang free.

The casual option works in many environments, including the beach, mall, park, or even on the plane or on a bus. So, whether you choose T-shirt, dress shirt, or jeans, do not dress too casual such that you look like a joke when you kneel to make your intentions known. Ripped jeans, chest-revealing T-shirts, missing buttonholes, unkempt beard, and such appearances are a no-no. Palm sandals for this are also not very advisable. Simple shoes such as sneakers may work, as long as you pair them with the entire outfit sensibly.

P.S: Keep in mind that if you do it at night, it might get chilly. So, be prepared to hand over your jacket if she isn’t dressed for the weather. Also, have a clean handkerchief ready (women usually cry for some reason).

Put effort into your general grooming routine. You never know but it could be your perfume, nice teeth, neat shave, or even your well-combed hair, that will blow her away and her hesitation may just translate into a ‘yes.’ Don’t take anything for granted. It’s literally the rest of your life on the line!

Poly lecturers pass vote of no confidence in management in Zamfara

Re: Benue massacre and tragedy of Buhari’s silence