Why The Economist endorsed me ― Atiku 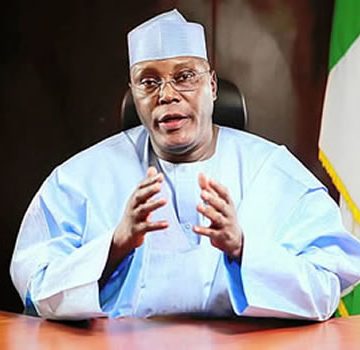 THE presidential flag bearer of the main opposition, Peoples Democratic Party (PDP), Atiku Abubakar, on Friday maintained that his latest endorsement by The Economist Magazine, “puts to lies the recent ridiculous claims” made by Alhaji Lai Mohammed, that the international media is askance of his candidature.

According to a statement which emanated from his campaign office in Abuja, this latest endorsement by the international media, which is the second in two months, is because of the detailed policies he plans to implement if elected.

The statement added: “This is the second endorsement in as many months by the world’s number one economic and policy magazine. An endorsement based on the clarity of vision and the detailed policies of the PDP’s candidate when compared to the vague and empty promises of the incumbent All Progressive Congress administration of President Muhammadu Buhari.

“As the Economist rightly states, the issues in 2019 are “popular frustration over the rise in joblessness and poverty (two of the biggest voter concerns) on Mr Buhari’s watch, as well as growing insecurity in central Nigeria.”

“No other candidate has the capacity to address these challenges, like Alhaji Atiku Abubakar, under whose watch as Chairman of the National Council on Privatisation, Nigeria had her highest growth in job numbers.

“Indeed, His Excellency, Atiku Abubakar, is poised to translate the significant success he has made in his private business empire to the public sector. This anticipation is responsible for the momentum he now enjoys in all the six geopolitical zones of Nigeria.

“For the past one year, Mr Abubakar has traversed the length and breadth of Nigeria, selling his plans, vision and policies to Nigerians. Unfortunately, rather than do the same, the All Progressive Congress has focused on negative campaigning by slandering Mr Abubakar’s past.

“We are not surprised by their actions. When a man’s future intimidates people, they focus on lying about his past because they cannot compete in the present. However, we thank The Economist for proving that no matter how far and fast falsehood has travelled, it must eventually be overtaken by the truth.

“For now, we remind Nigerians that Atiku means JOBS. And by providing the atmosphere for Jobs, Opportunity, Being United (JOBS), Atiku Abubakar is ready to Get Nigeria Working Again.”