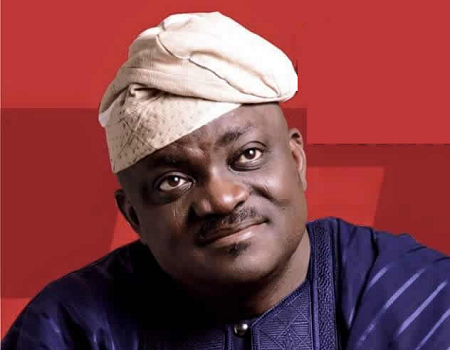 A member of the House of Representatives from Osun State, Honourable Oluwole Oke has explained that he sponsored a bill for the establishment of a Federal College of Education in Ekiti State owing to his belief that his constituents would benefit from such gesture.

The bill has passed the first reading in the House of Representatives.

Oke added that the establishment of the College at Okemesi-Ekiti, in Ekiti West Local Government Area of Ekiti State would benefit his people from Oriade local government due to proximity of two council areas.

Giving reasons for sponsoring the bill at Okemesi Ekiti on Thursday, Oke, who is the Chairman of the House Committee on Public Procurement, said, “Okemesi Ekiti shares boundary with Obokun and Oriade Local Governments in Osun State, which is my constituency and a Federal College of Education in the town will be of immense benefit to my people.

“Most importantly, since Osun State is a beneficiary of the six new Colleges of Education to be established by the Federal Government, it behoves on me to sponsor the bill to have a new one in my maternal town of Okemesi Ekiti.

“This is more so that Osun State cannot have two and it is only Ekiti State that does not have a Federal College of Education in the entire South West.”

Oke called on his colleagues in the House, especially those from Ekiti State as well as the State Government to lend support to ensure the passage of the Bill and the establishment of the College by the federal government.

FG vows to begin crackdown on illegal colleges of education

Gov AbdulRazak has rescued colleges of education in Kwara ― Provost