Way Nigeria is presently constituted is not working but bleeding —Yusuf 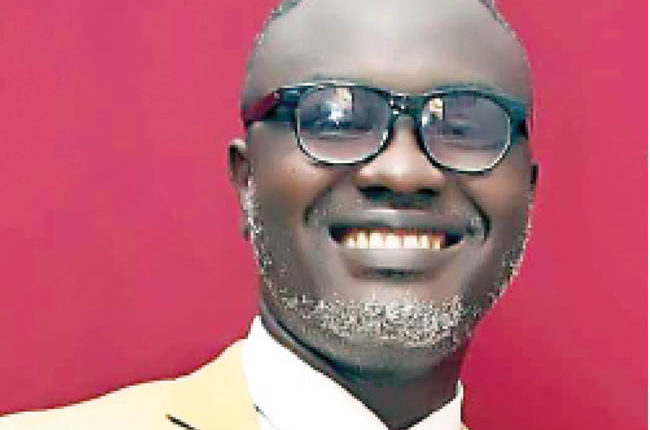 The nation is unsettled with problems ranging from kidnapping, banditry to terrorism. Do you think Nigeria will sing a new song?

You are right. Nigeria is divided along so many fault lines. Our current situation is depressing. We have never been this polarised. I am an incurable optimist, but it is hard to be optimistic about Nigeria. The economy is in tatters, the country’s infrastructure is in a state of abject ruin, the standard of living has plummeted, and the middle class has seemingly gasped its last breath after withstanding years of progressive assassination. The country as a brand mirrors corruption and international fraud. The Nigerian passport reeks criminal signature, as anyone at international airports can attest.

The Nigerian intelligentsia had fled the country’s shores, unwittingly improving the economies of foreign lands, while lamenting the state of their motherland in periodic doses – evidence yet of non-zero emotional attachment. The civilian power pipeline is infested with mediocrity, as looters of yore, salivating to remount the graft pulpit to scrape what little paint remains on the royal walls, armed with nasal capacity strategically reserved for opportunities. Hence, any sense of self-belonging has been eroded by decades of incompetent, venal leadership. Ethnic divisions have resurfaced with manic vengeance. Morale is low. Yet, underneath this thick garb of despair, lies a gaunt frame of hope.

Yes, Nigeria will sing a new song if the leadership is determined to do the needful. Truth be told, our current structure is not working. Why not restructure the country? This is long overdue. We cannot continue doing the same thing and expect a different result. Capital NO! Majority of our people are complaining, it is high time our leaders asked ‘why’, in order to proffer solution. We should set aside politics and rise up in unison. This is never about individuals, but about the soul of our beloved country. We must deal decisively with those whose shenanigans can obstruct realization of Nigeria’s vision. If regionalism is the solution, why not set it in motion? For instance, on the issue of open grazing, why not establish ranches in all states in line with the provisions of Sections 41 and 43 of the constitution? We must embrace modern methods of ranching.

Take into consideration incessant hike in prices of goods and commodity. Why not establish price control board to look into this? Nigerians are paying so much, but earning so little. This is never the way to go. New Nigeria will emerge, but we must work it out.

The clamour for Yoruba and Igbo nations is becoming intense. Do you think separation is the solution?

We must get it right. Question we must ask are: what is fueling these agitations? Bad governance? Injustice? Inequality? These are questions we must ask. No smoke without fire. And the onus is on our leaders to provide enduring answers to all these questions. We must address the root cause(s) of these agitations. The way Nigeria is presently constituted, it is not working but bleeding. Like I said earlier, if regionalism is the answer, why not restructure in this regard? This clamour did not start with this administration, but is becoming intense for lack of adequate attention from the present government. Considering what the southern governors came up with, now tagged ‘Asaba Accord’, though some of their resolutions are not new, but the meeting was timely. For instance, national dialogue was recommended. The Federal Government could do this with the federating units. Let us save our country from imminent collapse. Or why not implement resolutions/recommendations of 2014 national conference?

Some of the questions we tend to be asking have answers already. This administration does not have the luxury of time. Setting in motion another conference will be a waste of time and resources. Though our strength lies in unity, however, we must not look the other way allowing things degenerate into further chaos before we attend to them.

Look at the mood of our nation when President Muhammadu Buhari decided to right the perceived wrongs by declaring June 12 as Democracy Day. He did go a step further declaring the late MKO Abiola as the winner of 1993 presidential election. I was super excited and believe so many Nigerians going by different reports. What does that tell us? Doing the right thing is never late. The present government must be walking and talking about legacies. And one of such legacies is restructuring. It could be challenging toeing this path, but it is possible.

The Church is not exempted from these problems, as many clerics have been kidnapped and killings had taken place even on church premises. What had the Church done wrong to deserve this?

Yes, the church is not exempted. That is the more reason our religious leaders must speak up. Darius, in furthering the restoration of the temple in Ezra 6:1-14 shed light on this. The Church is not immune to this, because whatever is happening to the head, would consequently affect the whole body. The church did nothing wrong, but only needs to speak up more. Churches in Nigeria are well run. Why then can’t the government emulate the Church as a model for running our country’s affairs?

What should be the role of the Church in restoring peace to the land?

The Church must speak truth to power regardless of whose ox is gored. Some of our generals in the Lord are in bed with our leaders. We must move a step further by telling them the truth. Nigerians are looking up to them.

Is it true that the Church has not benefitted from Muhammadu Buhari’s government?

Let us contextualise this, what type of benefits are we talking about? One of such is our vice president, Professor Yemi Osinbajo, a cerebral man of character. Then, an enabling environment where citizens practice their religions without fear and trepidation.

Despite government’s efforts, the situation in the country is getting worse; what does this portend for the masses?

A lot. I do think these efforts are not enough. Intent declaration differs from action. Government must be seen doing what could put an end to the monsters of insecurity and hunger. A hungry man is an angry man. Unjust killings are happening everywhere, especially in the North-East, North-West and in recent times, the South-East. Let us be honest, if our government is ready to put a stop to all these, it can. What is needed is political will and sincerity.

Many have projected that there might not be general election in 2023. Has this been revealed to you too?

I see a new Nigeria; a country of great cultural, economic and religious tolerance. Faith would not allow us fail, but we must be diligent, purposeful and deliberate about nation building. Nigerians must go all out and vote in credible people. Sentiments apart, we must vote out corrupt, inept and unpatriotic elements masquerading as leaders. Every generation must recognise and embrace the task it is peculiarly designed by history and providence to perform. Come 2023, this generation must not disappoint us.

How has life been as a cleric?

Awesome, but not without its own challenges. For several years, I was hesitant, not willing to embrace God’s calling on full time basis. I was thinking about how I would be able to fend for my family, especially my children. Though a pastor for long, I could remember God was telling me to do more than being a casual worker in His vineyard. After suffering a great deal and after listening to the General Overseer of the Redeemed Christian Church of God (RCCG), Pastor Enoch Adeboye, I had to obey God’s instruction.

This government has reversed all gains of democracy —Nyitse

The most expensive commodity on earth (II)