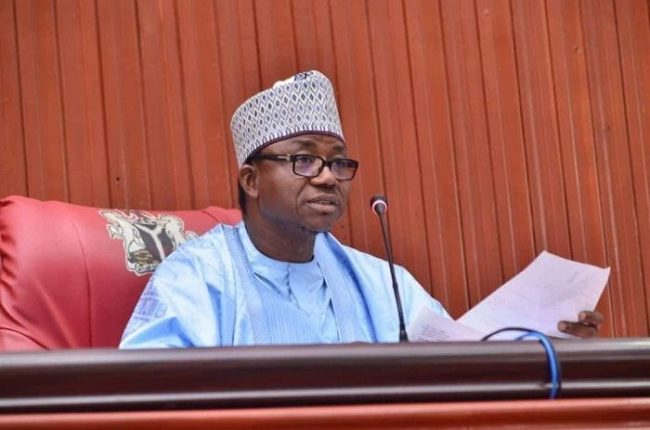 In a unanimous decision, the 10-member Edo State House of Assembly on Monday impeached the speaker, Hon. Francis Aburimen Okiye.

Okiye, who last week defected to the Peoples Democratic Party (PDP), alongside six other members, was impeached by the remaining nine members of the Assembly, three of whom are members of the All Progressive Congress (APC).

Okiye, Tribune Online gathered, was saved from the hangman’s noose last Friday, when the state governor, Godwin Obaseki, his deputy, Philip Shaibu and the Secretary to the State Government, SSG, Osarodion Ogie, intervened and pleaded with the lawmakers to sheathe their swords.

The aggrieved members it was further gathered, re-strategised over the weekend and perfected the impeachment plot, which was successfully executed on Monday.

The motion for Okiye’s impeachment was moved by the majority leader of the House, Mr Henry Okhuarobo, who represents Ikpoba Okha state constituency.

Okhuarobo’s motion was seconded by the member representing Akoko-Edo 1 constituency in the house, Prince Yekini Idaiye, who in the build-up to the September 19 governorship election, resigned to join the APC’s candidate in the election, Pastor Osagie Ize-Iyamu.

The Deputy Speaker of the house, Mr Roland Asoro, was nominated to preside over the plenary shortly after the impeachment process scaled through.

Members of the house unanimously adopted the impeachment motion through a voice vote.

Trouble, Tribune Online also gathered, started shortly after the house resumed its plenary and Okiye asked the clerk, Alhaji Yahaya Omogbai, to read the order of proceedings for the day to the hearing of members in order to begin the business of the day.

Okhuarobo seizing the occasion quickly drew the attention of the former Speaker to the petition against him and reeled out the impeachment motion.

The lawmakers, among other things, accused Okiye of financial impropriety and booted him out in the process.

Besides the impeachment, Okiye was also slammed with three months suspension while a three-man committee was set to probe the former speaker and report to the house. The committee is headed by Okhuarobo.

The new speaker, Onobun upon his election, thanked the members for his emergence and dissolved all the house standing committees and relieved all the appointees of the house of their various appointments.

Mr Onobun also constituted the three-man committee to look into financial records of the house under the leadership of the former speaker.

Speaking to newsmen inside the state Government House, Okhuarobo said “the members have compelling reasons to do what they did and that the house needed to wait till now because of political reasons and now the process is over. Irrespective of APC or PDP, we are united in the quest to move the state forward.”

Mild drama, however, ensued as the State Deputy Governor Philip Shaibu, Secretary to the State Government (SSG), Osarodion Ogie and immediate past Speaker and Political Adviser to the Governor on Politics (Edo North Senatorial District), Mr Kabiru Adjoto, made spirited efforts to wade into the matter and save Okiye again, but that failed as they lawmakers had already sealed the impeachment plot.

The former speaker, Okiye, remained incommunicado as at the time of filing this report.

The party also said that immediately the Caretaker/Extraordinary Convention Planning Committee was put in place after the NWC’s dissolution, the crises that had characterised its affairs were laid to rest. Edo Assembly

His son, Aminu Shehu Idris, confirmed in an interview with the Tribune Online that his late father who was appointed on 15th February, 1975 and spent 45 years in the throne died on Sunday after a protracted illness. Edo Assembly