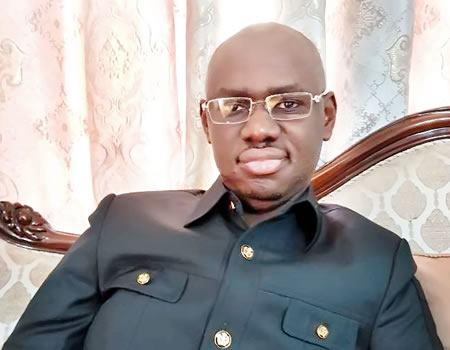 A political activist and former Deputy National Publicity Secretary of the All Progressives Congress (APC), Comrade Timi Frank, has described the United Nations’ appointment of former President Goodluck Jonathan as one of the rewards for leaving behind a legacy of peace in Nigeria.

Frank, however, cautioned  President Muhammadu Buhari to think of the kind of legacies he would leave behind at the expiration of his tenure, adding that International Criminal Court (ICC) was no respecter of any president.

The United Nations (UN) Monday announced the appointment of Nigeria’s ex-President as its Special Envoy on Crisis Management. UN Secretary-General, Antonio Guterre made the announcement.

But reacting to the appointment through a statement on Tuesday in Abuja to congratulate the former President Goodluck Jonathan, Frank said: “GEJ’s uncommon trait of leadership in Africa and beyond is an asset to the whole world.”

According to him: “We will be praying to God to give Goodluck Jonathan wisdom, knowledge and understanding to manage this honour as the first African to hold this position.

“Jonathan’s love for humanity is a virtue every living being must imbibe. His humility, through the grace of God, is beyond ordinary. Though being vilified at home by some elements of darkness but the International community, where things work daily recognise him. A big congratulations to a peaceful leader.”

While recalling some of the statements of peace credited to the former President, Timi Frank said: “statements like ‘if I lose this election, of course, I will go back to my village. The country is not my father’s estate,’ My ambition is not worth the blood of any Nigerian,’ and ‘Let nobody rig for me,’ among others will forever differentiate Jonathan from the current General Buhari.

“In 2019 presidential election, when General Buhari was asked whether he will congratulate the winner if he loses the election, he (Buhari) simply said he would congratulate himself. That is the desperation of the highest order

“While Former President Jonathan is being honoured worldwide, by the time General Buhari will leave office anytime from now, the world will be waiting for him to answer some questions bothering on human rights and the rule of law among others.”

The political activist also commended the United Nation for the honour done to Nigeria’s ex-President, saying “the body should not also fail to reward bad leaders for their contributions to humanity as well.”

I am open to constructive criticisms ― Bauchi Gov