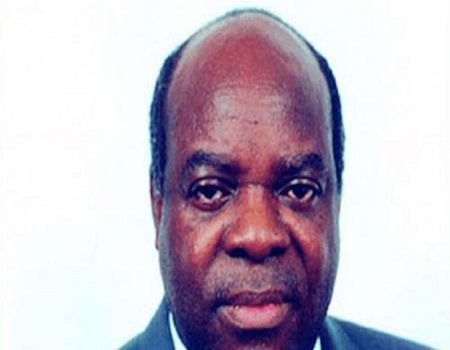 TILL his demise in Abuja on September 25, Chief Ufot Joseph Ekaette, CFR (1939-2019) achieved many firsts in his lifetime. He was the longest-serving Principal Secretary to the Head of State, General Yakubu Gowon, GCFR (eight years), a post equivalent to Chief of Staff to the President.

He was the pioneer Director General of the Directorate, Food, Roads and Rural Infrastructure (DFFRI). He was the first deputy governor of Akwa Ibom State. He was the longest-serving Secretary of the Government of the Federation.

He was the first Minister of the Niger Delta. He was a simple man from Ikot-Edor in Onna local government area of Akwa Ibom State. For eight years, I worked with him during his tenure as Secretary to the government of the federation.

I was close to him in office seeing him like others, especially his devoted and loyal Secretary, Mrs Abiodun Adekunle from Fiditi in Oyo state, married a retired Permanent Secretary, Chief Sam OluAdekunle from Igede in Ekiti State.

When my cousin, Mr Kayode Akinmade, phoned me about his demise, what flashed in my mind was the good time we had together at the eleventh floor of the Federal Secretariat, Abuja. During those eight years, we operated like a family and Chief Ekaette was the head of that happy family. We will miss him. His two children, Uduak and Ubong will miss him. His partner, lover, friend, confidante, adviser and wife of over fifty years, Senator Eme Ekaette, CON, will miss him most. His close friends including Dr Morris Ebong, Major General Edet Akpan, Oba Otudeko, Chief Bassey Ndiokho, former UAC chairman, Chief Friday Okono and others, will equally miss him. He was a good man.

For 45 years and more, he gave all he had in the service of Nigeria. According to the biodata which he himself signed before his death, Chief Ekaette Obong Ufot Joseph joined the Federal Civil Service as Administrative Officer Class IV on July 28, 1964, and was posted to the Federal Civil Service Commission with responsibilities for disciplinary matters. Between April and October 1966, he worked in the Cabinet Office and served in the Office of Economic Adviser to the Federal Government as an Assistant Secretary. He was reposted to the Federal Civil Service Commission on October 17, 1966, and served as Acting Administrative (Principal Grade) in charge of recruitment, promotions and transfers in the Civil Service (October 1966-August 1968). Within that period he was promoted Administrative Officer (Principal grade)—November 1, 1967. From August 1968 to September 1975, Chief Ufot Ekaette was posted to the State House as the Principal Private Secretary to the Head of State, Commander-in-Chief of the Armed Forces (General Yakubu Gowon) with responsibility for the internal administration of the Department. He was promoted Administrative Grade II and Administrative Grade I on April 1, 1971, and April 1, 1973, respectively.

He was posted to Federal Ministry of Industries (September 8, 1975- November 13, 1975) and held the post of Deputy Permanent Secretary. He also served as Chairman, Industrial Training Fund during the period. On October 1, 1975, Chief Ekaette was promoted Principal Secretary Grade, level 15.

He was posted to the Federal Ministry of Information as Principal Secretary 9 November 14, 1975-February 1979 with responsibilities for Policy and Management and Internal Administration of the Ministry. During this period, he also served as a Board member of the Nigerian Television Authority and presided over a number of ad hoc committees on the restructuring of the Nigerian Television Authority and the Federal Radio Corporation of Nigeria (FRCN) as well as the establishment of the News Agency of Nigeria (NAN) and the Press Council.

He was posted to the Federal Ministry of Education as Secretary (February- May, 1979) with responsibility for Personal Management. He also served as Chairman of the Governing Council, National Teachers’ Institute, Kaduna during the period.

Chief Ekaette was posted to the Federal Ministry of National Planning as Secretary for Finance and Administration, Grade Level 16 (May 7, 1979- January 1984) in an acting capacity and promoted to substantive position on June 1, 1980.

His responsibilities included Personnel Management, Policy Formulation and implementation, Financial Management, Co-ordination of Nigeria’s Relations with Multilateral Economic Organisations and Bilateral Economic Co-operation with Foreign Governments and Organisations as well as policy issues relating to the operations of the Federal Office of Statistics, Centre for Management (CMD) and Nigeria Institute for Social and Economic Research (NISER). He participated during the period in several high-level bilateral talks between Nigeria and Foreign Governments and served as Leader of Delegations at official level in a number of Joint Economic Commissions between Nigeria and Foreign Countries both in Nigeria and abroad.

He was the Chairman Corporate Affairs Commission, Abuja (July 1992- August 1994) and member of the Assets and Liabilities Sharing Committee, Plateau/Nasarrawa; and Enugu/Abia/Ebonyi States (October 1996-February 1997).

He retired from the Federal Civil Service in February 1994 after 30yeras of a distinguished career and engaged in private business thereafter. He was a non-executive Director of First Bank of Nigeria PLC (March, 1996-May 1999). He was appointed Secretary to the Government of the Federation by President Olusegun Obasanjo, GCFR, and served between May 1999 and May 2007.

The late President Umaru Musa Yar’Adua, GCFR, appointed him as the pioneer Minister, Ministry of the Niger Delta Affairs (MNDA) on January 2009- March 17, 2010, in which was last political appointment.

After his predecessor, AlhajiGidado Idris, GCON, handed over to him on May 31, 1999, I was introduced to him as a Director and spokesman. He retained me in that Position. And thereafter began my friendship with Chief Ekaette. His instruction which he followed to the end of his tenure was that I must review newspapers with him every morning. It was a commandment. Added to my schedule was the collection of President Olusegun Obasanjo’s daily itinerary, his speeches and other materials about President Obasanjo from the Villa. Randomly Chief Ekaette would ask me, “Eric, where is the President?”

Of the three SGFs that I worked with, Chief Ekaette was the most informed of the activities of Government. He and the Chief of Staff to the President then, Major General Abdullahi Mohammed, CFR, built a personal relationship, second to none in government at that time. There was hardly any hour while in office that he won’t instruct Mrs Adekunle to “Please call me the Chief of Staff” or “Sir, the Chief of Staff is on the line”. As a result, President Obasanjo could afford to travel to the rest of the world knowing fully well that he was safe at home and in good hands. It was this bond and friendship that weakened the power and influence of the so-called DREAM TEAM, which was the most powerful group then in the VILLA   On May 29, 2004, President Obasanjo appointed Professor Charles ChukwumaSoludo as Governor of Central Bank to succeed Chief Joseph OladeleSanusi from Ogbagi in Akoko Local Government Area of Ondo State. I prepared my press release on the new appointment for Chief Ekaette’s signature. He delayed the announcement until I could get in touch with Chief Sanusi. Professor Soludo came to my office and was wondering why the delay about the announcement. It was not until I got Chief Sanusi through Ambassador Isaac AlukoOlokun that Chief Ekaette signed the Press release. He felt to make the announcement without the knowledge of Chief Sanusi would be offending. He loved the procedure and he was thorough in applying general order regulations of the public service.

He made me know the good people of Akwa Ibom state and the beauty in them. From Etinam to Oron to Eket, Ikot-Abasi, Ikot- Ekpenne—these are places I came to know and drive around. He lived a simple life and a quiet life too. He knew the discipline of simplicity and that simplicity brings nothing but freedom. He was an amazing person. While he was a star, he was not carried away by his stardom. I think he knew early enough that humility is the foundation of all virtues.

In the first week of May 2007, with his tenure as SGF almost over, we were in Ikot-Edor- his village. With less pressure of work, Chief Ekaette was at ease. I asked him about his future after his tenure as SGF is over. He replied that he would love to come back to his village and be happy. “I have been away for too long from home, you know I am a village boy. A village boy who went on an adventure to Lagos and Abuja.” He then stood up and looked at the village from the balcony of his house, “is this place not beautiful and serene”, I answered in the affirmative, “yes sir it is.”

A few months later, President UmaruYar’adua appointed him the Minister of Niger Delta. The “village boy” could not go home yet. Now that he has answered the final call, the “village boy” will go back home finally in peace.

For the eight years that I worked with Chief Ekaette, he was always conscious of his background and where he came from. He worked so hard to preserve his honesty, integrity and good name. He avoided scandal and conflict. In the alternative, he devoted his energy to his work.

Chief Ekaette was a rare public servant, the like of which you cannot find again. From Monday to Friday, we worked from 8.00 a.m. to 10.00 p.m. in the night until after the NTA network news. On Saturdays and Sundays, he will resume at 12 mid-day after Church Service and close by 7.00 p.m. He worked and worked and worked until he became exhausted. After exhaustion, he became ill and then he died like an old soldier on duty.

In the words of General Douglas MacArthur “An old soldier who tried to do his duty as God gave him the light to see that duty.”