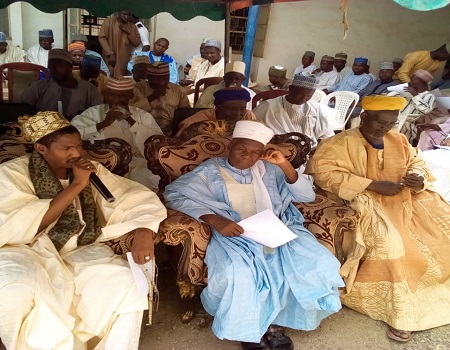 Tsangaya Islamic schools popularly called  ‘Almajiri’ schools have been advised to as a matter of necessity include English language and some basic modern education subjects in their curriculum in addition to the Qur’anic recitation they teach their students in order to widen their knowledge.

The advice was given by the Bauchi State Grand Khadi, Alhaji Dahiru Ningi on Sunday during the commissioning ceremony of Tsangaya and Qur’anic Education Development Centre established by a coalition of Qur’anic Teachers in Bauchi.

Represented by a Sharia Court Judge, Muhammed Othman El-Mainari, the Grand Khadi opined that introduction of basic modern subjects in Tsangaya schools will enable the pupils to learn both religious and worldly knowledge that will enable them to relate comfortably with members of the society, especially in this century.

Also speaking, an Islamic cleric in the state, Sheikh Dan’azumi Tafawa Balewa opined that payment of high registration and periodic fees in some modern Islamic schools prevents poor parents from enrolling their wards and prefer to send them to Tsangaya schools where they would be taught free of charge.

He said that the government needs to motivate the Tsangaya Teachers and transform the system with a view to bringing a solution to child begging otherwise known as ‘Almajirci’.

Musa Tafawa Balewa who noted that the administration of late Head of State, General Sani Abacha initiated reforms in the almajiri system of education lamented that aside former President Goodluck Jonathan led PDP Federal Government, successive governments in the country did not pay attention to address the problems associated with it.

The Islamic scholar also encouraged students of tsangaya schools to proceed to higher Islamic schools and universities for degree programs so that they could obtain formal certificates and be eligible to get employment like other educated people.

How to tackle mass failures, errors in English language — Expert