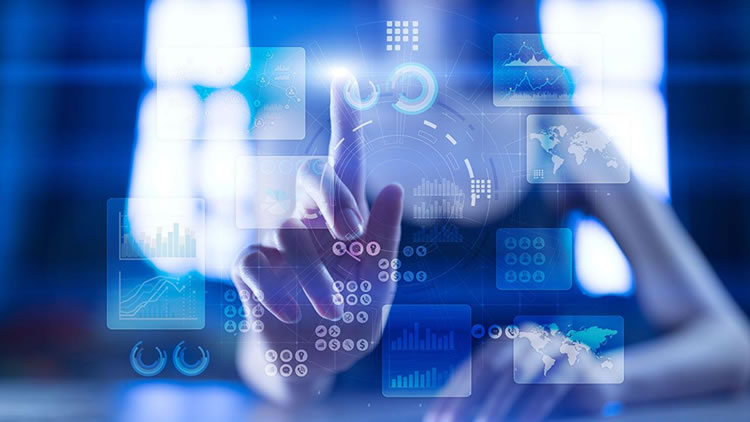 The growth of data analytics, massive computing resources, and cloud computing has contributed to the advent of this groundbreaking era. There will undoubtedly be a large part of Machine Learning (ML), and the brains behind machine learning are focused on algorithms.

A series of skill sets are required to apply Data Science on any issue. ML is a portion of this skill set. ML is used to estimate, categorize, classify, polarity detection from the available data sets, and handle the errors.

You need to know various ML algorithms to solve different types of problems in data science, as a single algorithm is not the best for any case of use. These algorithms are applied in various tasks such as prediction, classification, and clustering.

For data scientists, knowledge of algorithms and data structures is beneficial because our solutions are eventually written in code. Therefore, our data and the way you can think about the algorithms are essential to understand. Data science tools are also available to help Data Scientists process and interpret vast volumes of data. These data science tools and algorithms help address different data science problems to create better strategies.

An algorithm is a collection of rules or instructions followed by a computer program that allows calculations to be carried out or other problems to be solved. Since there are many algorithms to solve the problem, Data Science is all about extracting relevant insights for data sets.

Algorithms for data science can help with prediction, classification, interpretation, and default detection. The algorithms also form the basis of ML libraries, namely sci-kit-learn. It helps to get to know what is happening beneath the surface.

It is the most prominent and popular ML and statistics algorithm. The linear equation represents a set of inputs and the estimated output. The coefficient values used in the representation will then be calculated. The linear regression model equation (y = b0 + b1x) represents the input (x) relationship and the output variable (y) of a dataset.

Logistic regression is a method of regression in which the dependent variable is classified. Logistic regression is a commonly used statistical model for evaluating the likelihood that a specific occurrence happens based on certain prior data. It works using binary data. The confusion matrix is a widespread way to test the model. Thus, we translate the forecast values into the range of values 0 to 1 using a non-linear transform function called a logistic function in this technique. The logistical regression equation is,

When there are many features, like multiple regressions, the computation processes such as gradient descent are considered. It is an iterative algorithm for optimization used to evaluate the minimum local function. The method starts with an initial value of b0 and b1 and continues until the cost function slope is zero.

KNN represents K-Nearest Neighbours. This data science algorithm uses classification as well as regression problems. When we attempt to predict a new database after training the model using a KNN algorithm, the KNN algorithm looks for the entire data set to find the k nearest or nearest neighbors. It predicts the result based on these k instances.

The algorithm classifies the population in different sets, based on a community (independent variables). This algorithm is generally used to solve classification problems. Categorization is performed by some methods, including Gini, Chi-square, and entropy.

Clustering is a tool for explaining data and identifying general trends. It is used when data are – or ambiguously – not labeled and works by finding similar observations. These observations will be ‘clustered’ to label and categorize the groups. Clustering is intended to categorize particular types of interest but varies in uncontrolled learning.

SVM is a classification method in which raw data are traced in n-dimensional space as points (while the number of features is n). Each element’s value is then connected to a specific coordinate, allowing data to be easily categorized. Data can be separated and traced on a graph by lines called classifiers.

It is a sort of unregulated algorithm of ML. Clustering ultimately involves splitting the data set into groups called clusters with related data objects. K implies that the grouping of data items into k groups of related data items. We use Euclidean distance to measure this similarity,

Random forests overcome the decision-making dilemma and manage to address both classification and regression issues. It relies on the Ensemble Learning theory. A significant number of weak learners will cooperate to produce high-precise predictions in the Ensemble learning methods. Random forests serve in a somewhat similar fashion. It defines the prediction of a large number of decision-making bodies for providing the outcome.

This article has learned a simple introduction to some of Data Science’s most common algorithms. To create a specific model, data scientists prefer to experiment a lot with various techniques. Often the best method for addressing a particular research question cannot be predicted accurately. Because of this reason, it is vital to know a range of different techniques for a data scientist.

For students around the world, data science has become a hot subject. There is an extreme shortage of data scientists in every sector worldwide. The job description of data science is thus extended to include different aspects, and the salary structure of the data scientist is very appealing. A Data Science program will provide today’s students with a stable future.

#EndSARS: Fresh Crisis Looms As Youths Threaten To Commence Fresh Protests In Lagos, Abuja Tomorrow
Nigerian youths appear to be bracing up for a showdown with the Federal Government as they have vowed to return to the streets for what they described as the second wave of the #EndSARS protest, warning that no amount of intimidation from the government or security agencies would stop their demonstration…

Buhari’s Painful Hobson’s Choice Of An Open Society
Social media is a bitch. A huge bitch for that matter. If you put yourself in the shoes of the Nigerian state and its officials, the social media cannot but be a cusp of frustration and irritation. Two youth revolts in Nigeria, separated by 42 years in time, make this frustration very unbearable an experience. They reveal the spatial difference in weaponry of youth revolt and the lacerating irritancy of the social media to the rulers of Nigeria…

Trump: This Election Is Far From Over
United States President Donald Trump said on Saturday his campaign would begin challenging US election results in court week after media outlets called the race for Democrat Joe Biden, saying “this election is far from over.” “We all know why Joe Biden is rushing to falsely pose as the winner, and why his media allies are trying so hard…

Anti-Social Media Bill: Fear Of The People?
The abrupt degeneration of the #EndSARS protest into a cycle of bloody violence, vicious destruction of properties and looting of both public and private properties worth billions of naira across the country has given rise to series of controversies and heated debates, both online and…

Outrage As IGP Directs Policemen To Use Force On Protesters
Searing criticism and outright condemnation have trailed Saturday’s directive by the Inspector General of Police (IGP), Mohammed Adamu, to policemen to use ‘all legitimate force’ against ‘riotous protesters’ in the country. Adamu also ordered the deployment of ‘legitimate force’ to protect lives and properties of citizens…

Who Is Afraid Of The Social Media?
Nigerians, like nationals of other countries, have continued to enjoy the benefits that the social media offer since the advent of such platforms like Facebook, Youtube, Myspace, Twitter, WhatsApp, LinkedIn, Instagram, among others, especially as it was discovered that these platforms make news dissemination easier and faster…