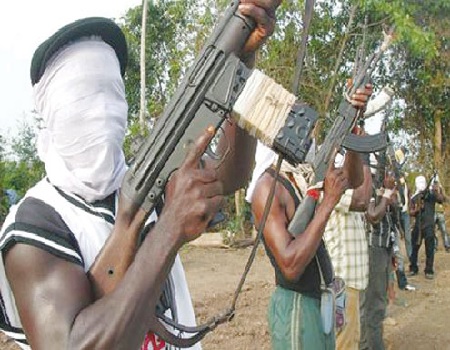 A source disclosed that the abductors stormed the college premises around 10 pm on Monday, with heavy guns and started shooting sporadically.

“Initially, we could not assert the number of seminarians abducted. But today (Tuesday), we discovered three seminarians were abducted and taken to an unknown destination after headcount.”

Source revealed further that community effort had made the abduction less felt as the people came to face the abductors who eventually fled.

According to the source, a ransom of N15million is now being demanded by the abductors.

He urged the general public to join in prayers as well as to support in kind towards the release of the kidnapped seminarians.

The spokesperson of Kaduna Police Command, ASP Muhammad Jalige, confirmed the abduction of seminarians by bandits.

He said operatives of the Police Tactical Team in Jema’a had been deployed to the school.

“As I am talking to you they are on the ground to ascertain the number of missing students and to address the situation,” he declared.