The value of Peter Obi 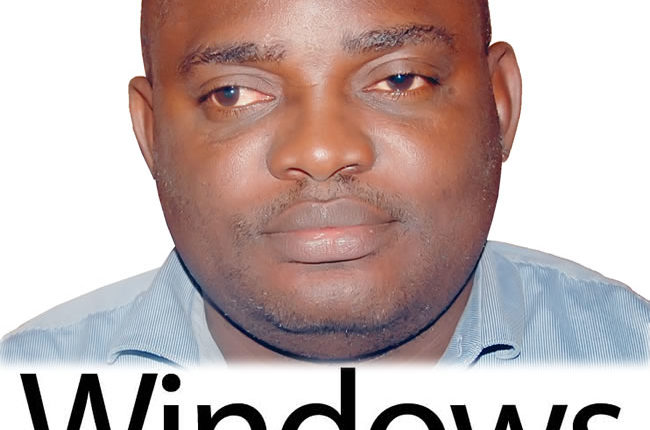 As I begin these lines, I remember 1998 like yesterday. An old man on the street where I lived in Ondo town, exasperated by General Sani Abacha’s bloodthirsty rule, shrugged and said the following: “Well, at least he will leave the position in his old age.” Those were the days when it was almost an anathema to think of democracy. Had God Almighty not taken Abacha out of the way just a few days after the man I have just referenced made his doleful comment, there would have been no democracy in 1999. The way Abacha and his colleagues carried on, it was as if they owned this world. They could kill and jail people at will. They looted the country dry and, in the words of the poet Tanure Ojaide, “threw questioners to hyenas.”

Ahead of the 2023 presidential election, the arrogance that characterized the Abacha years is here in full force as politicians trade Nigeria and Nigerians among themselves like Abacha and his goons did just before thunder struck. Donaldson Oladipo Diya and others were supposed to die and the military officers who wallowed in wine and women were supposed to rule till eternity, crushing any kind of dissent…

I am not an Obidient, but Peter Obi is the one among the three major presidential contenders who, in my view, really deserves to be elected to lead Nigeria in 2023. First off, he comes from the South-East, a region that has been marginalized for too long in the presidential scheme of things. If Nigeria doesn’t want the South-East people to secede and form Biafra, it cannot at the same time, and in good conscience, shut them out of the presidency. If you say you do not trust the Igbo and that an Igbo presidency would mean the disintegration of Nigeria, and you rotate the presidency between the Yoruba and the Fulani, then you must allow them to go and form their own country! If anything, an Igbo presidency could douse the fire of secessionist agitation that threatens to consume Nigeria if concrete steps are not taken to douse it. I am deliberately “toning down” my language because I want the things I say here to be understood even by primary school pupils.

Second, among the leading presidential candidates, Obi is the one that seems to be making a real effort to speak and engage with the Nigerian people. The others tend to be aloof, speaking through spokesmen and, in this regard, the APC candidate, Bola Ahmed Tinubu, seems to be the worst. Let me shift to him for a moment. Tinubu is a university graduate, a first class degree holder for that matter, and a strategic politician. But he is not talking to Nigerians and seems to be ensconced in his own cocoon. Then, he is insufferably arrogant, self-absorbed and greedy. It was this arrogance that made him to refer to a sitting governor as “this one”, claim to have “forgiven” a vice president for daring to contest against him, and say that it was his “turn” to rule Nigeria as if we were mere chattel. Thus, instead of acknowledging his lowly origins and using it to advantage, he keeps basking in unearned grandeur. He also talks about Lagos as if it wasn’t a federal capital long before him. Lagos is my state and I know the great works that Buba Marwa and others did in the state. Tinubu arrogates his own work and that of Ambode and Fashola all to himself. That’s kinda funny.

Beyond that, Tinubu has no logical reason to solicit Yoruba votes. For long, he has dilly-dallied on the things that the Yoruba hold dear, including the agitation for a restructured Nigeria. He kicked against the 2014 National Conference simply because it was being organized by a PDP government. But that even pales into insignificance considering his major role in denying the Yoruba people the Speakership position in 2011. It is no secret that Tinubu and his ACN members sold the speakership position zoned by the PDP to the South-West to outsiders simply because it wasn’t their party that was in power. The Yoruba say that one’s child’s waist cannot be so out of shape that one throws the beads meant for it around another person’s child’s. If Tinubu wasn’t Yoruba enough to support the South-West in 2011, why is he Yoruba enough to get South-West votes in 2023?

For Atiku Abubakar, although he is managing (and keep your attention focused on this word) to speak to Nigerians and has in fact tried to focus on the solutions to the ills that afflict Nigerians, his very candidature amounts to an utter provocation. Atiku, a Fulani man, is trying to succeed another Fulani man after eight years of disastrous leadership. He ought to have thrown his weight behind Obi and reciprocated the South-East’s gesture of goodwill towards his candidacy in 2019. Moreover, Atiku often gives the impression of desperation that borders on demonism. He disclaimed a well-crafted statement issued by his aides condemning the brutal killing of Deborah Samuel, a college of education student, by bloodthirsty co-students, simply because someone threatened that sympathy for a Christian martyr would cost him votes in the Muslim North. By that action, Atiku proved that he does not deserve to be seen in decent company.

And now Peter Obi, my preference for 2023 until further notice. Obi is no saint and often makes mistakes in his speech, notably using “have” instead of “has,” but he is actually genuine. Long before he became a presidential candidate, he was actually seen at an airport with only one aide. He lives a simple life and unlike most politicians, he actually means what he says. Nigerians need a president that can relate well with them; a mentally alert, energetic president and I think Obi does fit the bill. However, he tends to over-promise and does not place the kind of emphasis that needs to be placed on restructuring the polity.

But then, if he actually wants to be president, he must spend money and spend money generously. He doesn’t give “shishi” and that it is good because it is naira and dollars that election requires in Nigeria. On election day, unless heavily persuaded not to do so, voters will forget all the grammar of 2022 and sell their votes. Obi is in a contest with moneybags and must get moneybags on his train.

We are keen on ensuring there are good roads all over Oyo State, Makinde says as he showcases projects

I don’t like financial stress; I hate to be broke!

The Ohinoyi as security threat