The tortoise and the bird 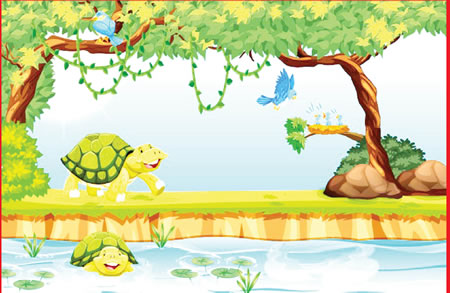 A tortoise was resting under a tree, on which a bird had built its nest. The tortoise spoke to the bird mockingly, “What a shabby home you have! It is made of broken twigs, it has no roof, and looks crude. What’s worse is that you had to build it yourself. I think my house, which is my shell, is much better than your pathetic nest”.

The bird, in response said: “Yes, it is made of broken sticks, looks shabby and is open to the elements of nature. It is crude, but I built it, and I like it.”

“I guess it’s just like any other nest, but not better than mine”, said the tortoise. “You must be jealous of my shell, though.”

“On the contrary”, the bird replied. “My home has space for my family and friends; your shell cannot accommodate anyone other than you. Maybe you have a better house. But I have a better home”, said the bird happily.

Better a crowded hut than a lonely mansion.

Why I oppose installation of new Olu of Warri—Ologbotsere

The story of tricycle (Keke) in Nigeria