The option A4 deal 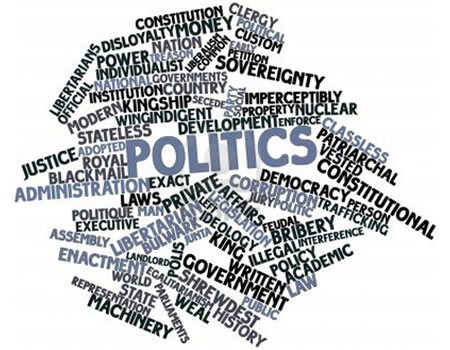 As the 2023 politics heats up, desperate intrigues, unbelievable high-wire arrangements, discreet horse-trading, alignments and realignments; great uncertainty pervade the political space. Some that were considered “Untouchables” are now regretting the day they had dipped their hands in the cookie jar. The more they try to swim the political ocean, the deeper they sink. Others dismissed with a wave of hand as mere featherweights have sprouted like some seeds in a fertile land. The more they try to bury them, the more they change the narratives.

The September 19 Osadebe House contest has triggered political accident leaving many injured. Whilst the good people of Edo State are waiting to choose their leader, the two masquerades behind the power play are flexing political muscles to outdo each other for 2023 calculations.

Governor Godwin Obaseki and Pastor Ize-Iyamu are the two major contenders but the game goes beyond Edo State affair. Different camps are backing candidates to lure them to their side for the 2023 onslaught. The battle has been bought over by 2023 over-ambitious politicians who want to make a statement on their perceived foes.

Like a Polar Bear in hibernation, the battle line has been drawn and four blocs have emerged. This arrangement is known as “Option  A4”. The first three blocs are known as the All Progressives Congress (APC) camp while the last is Peoples Democratic Party (PDP) camp. The 2023 presidential permutations were carefully constituted based on ethnicity, religious and party affiliations.

Taking the lead with the speed of light is the new PDP of the legacy parties that formed APC. They are formidable with men and women of calibre. They are led by a serving Northwest governor and a current minister who is a South-South former governor. This group has the towering backing of the First Lady, traditional rulers, party leaders across geo-political zones. They are behind the unceremonious removal of the immediate past national chairman of the APC, travails of the former EFCC head honcho and other misfortunes of the ACN bloc. These plots they achieved with the connivance of the cabal. The only challenge of this group is the clamour for southern presidency in 2023 which the cabal is not cut out for. This is why the arrowhead (Northwest governor) is singing southern presidency like a song on the pages of national dailies. The plan of the group is to help the South-South minister run as president and the North-West governor or a former emir in the North-West or the present Secretary to the Government of the Federation run as vice president. Religious balancing is considered in this arrangement.

The second is the ACN bloc. This group is led by a national leader of the APC who is from South-West. The group held sway earlier but has been weakened by recent political brinkmanship that took the control of the party from them. The leader of the group has his eyes fixed on the presidency over the years but was punctured in 2015 because of Muslim/Muslim ticket. Plans are afoot for him to run with the immediate past speaker (Christian) House of Representatives who is from Bauchi State in 2023. This is the reason the former speaker dumped PDP for APC. The challenge of this group is that their leader who wants to run for president is a Muslim and some of his ACN foot-soldiers have dumped him for other blocs. It is the turn of southern Christians to produce president in 2023 though not constitutionalised. The bloc may likely go into alliance with other blocs or camps when the chips are down.

The CPC bloc is the group to beat presently because they occupy the levers of government. This group paradoxically can be referred to as the “Cabal” in government. They reserve the right to hire and fire any federal appointee. They successfully demystified the matriarchal rulership often associated with past Nigerian leadership. Recently, media houses and channels were fanned to flames with the news that there has been a collision of interests in the Presidential Villa. They are behind it. The challenge of this group is not yielding to the unwritten agreement between North and South rotational presidency; a step they have reiterated using different spokespersons. They want the presidency to remain in the North through their cronies so they can continue their grasp to power after the present leadership.

The final camp is that of the PDP. The camp has been polarised into two: the Rivers and Adamawa groups. The groups’ activities are stagnated because of the general clamour for president of Igbo extraction. They are waiting in the wings to see the direction of the pendulum before casting their nets. In the event that the southern Presidency becomes a done deal, the present chairman of the party will be dropped for proper geo-political extrapolation.

The nationwide clamour for southeast presidency in 2023 will be oxygenated if PDP fields an Igbo candidate. This will prompt other parties to follow suit to avoid being tagged anti-Igbo. Igbo presidency being canvassed across board is feasible only with a consensus agreement by political parties and geo-political zones, just like the Obasanjo presidency of 1999. Without this arrangement, Igbo presidency in 2023 will be a mirage because of the unbalanced voting pattern, rigging and compromised security and an electoral umpire. The southeast presidency will engender equity, fairness, justice and sense of belonging and discourage agitations.

Giving APC ticket to a minister from South-South, if it works out, is good and welcome development but it will never substitute or approximate to Igbo presidency. The South-East has refined intellectuals with tested and trusted integrity who can shoulder the responsibility. Elders and leaders of South-East should close ranks in order to convince the rest of the country. Let the Igbo speak with one voice. No sabotage, no betrayal. Let a spade be called by its name.

More Shocks As Unemployment Data Exposes Misery Status Of Nigerians
BEFORE now, economic and finance experts found it difficult to assess the healthy nature of the labour market and how to measure the impact of government policies targeted at creating jobs because of lack of real time labour data. But on Friday, August 14, 2020, the concerns were only slightly eased as the National Bureau of Statistics (NBS) published second quarter (Q2):2020 labour statistics, the first report since Q3:2018…The option A4 deal

MONDAY LINES: Obasanjo’s (D)Art Of Condolence
Ben Guriano of The Washington Post described them in 2018 as ‘taboo enforcers.’ These are trolls seeking to upend truth and subvert facts about the life and times of the dead. ‘Do not speak ill of the dead’ came originally from a Spartan philosopher, then it was latinated by the Romans to read De mortuis nihil nisi bonum – and got spread around the world like Chinese viruses. The black man, as in all cases, contracted the no-no and turned it into a religion, got drunk with it and won’t mind killing for it…The option A4 deal

2.4 Million Households To Benefit From FG’s Stimulus Package — Presidential Aide
TO ensure food security for citizens, at least 2.4 million households will benefit from the Federal Government’s post-COVID-19 stimulus package, a presidential aide says. Dr Andrew Kwasari, Senior Special Assistant (SSA), to the President on Agriculture, disclosed this in an interview with the News Agency of Nigeria (NAN) on Sunday in Abuja. Kwasari spoke against the backdrop of projects anchored by the Nigerian Economic Sustainability Committee (NESC) to secure the economy against the effects of COVID-19…The option A4 deal

SERAP Demands Withdrawal Of Broadcasting Code Seeking To Sanction Contents ‘Insulting’ Leader
THE Socio-Economic Rights and Accountability Project (SERAP) has sent an open letter to President Muhammadu Buhari, urging him to “urgently instruct the Minister of Information and Culture, Mr Lai Mohammed, and the National Broadcasting Commission (NBC) to withdraw the apparently illegal broadcasting code and memo threatening to sanction any broadcast that denigrates, disrespects or insults the president, governors…The option A4 deal