The charade in Lagos councils 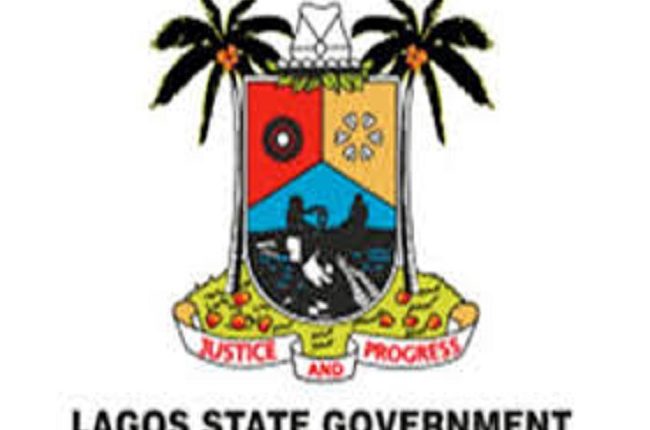 WHEN former Governor Bola Ahmed Tinubu came up with the idea of creating new councils in Lagos State some years back, it was roundly applauded by most citizens, even outside the state. This was because many saw the initiative as laudable in view of its many advantages to the people.  That Lagos deserves even more than its current 20 local government areas and 37 local council development areas (LCDAs) is not in doubt. The city has continued to accommodate many thousands of people who daily come to the Centre of Excellence for survival and most of them stay back.  Aside this, Lagos remain the nation’s commercial capital and its over 20 million populace makes it unique in many respects. Consequently, the idea of councils creation moved by All Progressives Congress (APC) national leader, Tinubu, was seen as an idea whose time has come, even by governors of the Peoples Democratic Party (PDP) who joined the bandwagon back then. For Tinubu, he not only fought the battle to the very end, his hands were firmly on the plough before victory was eventually achieved at the Supreme Court. Earlier, some of Tinubu’s fellow governors had been forced to beat a retreat after creating the new councils in their various states by a vicious presidency under Chief Olusegun Obasanjo.

The efforts of those years are beginning to bear fruits before our very eyes, including Obasanjo himself. It will be an understatement to say that the dividends of creating new councils have been enormous considering the giant strides recorded at the grass roots. As you read this, one of the new councils created by Tinubu in Alimosho constructed a general hospital, fitted with modern facilities a few years ago, when some states are finding it difficult to do such. This is not forgetting the current road construction and rehabilitation feat of Surulere Local Government Area which has fixed over 40 roads in three years and not stopping on its oars. This scenario is replicated across the state with most councils embarking on different projects in their respective domains. The creation of new councils has brought governance closer to the people more than ever before, especially to areas which hitherto did not have them as places considered forgotten now boast of councils.

On the political front, we now have more council chairmen, councilors and supervisors, secretaries to the local government, local party chairmen, party officers and council staff. But in spite of the good news, local councils are suffering in silence as some of the issues adversely affecting them remain unresolved. This is where Tinubu and his lieutenants need to come in to save the system from disintegration and collapse without delay. Such intervention has become expedient in view of the strategic position of the local governments in the governance system, societal advancement and political engineering. Fortunately, the entire governance structure in Lagos State is in the hands of the APC led by Tinubu whose political sagacity is not in doubt. Specifically, there is the need for the party to take a closer look at the overbearing attitude of councilors elected on the platform of the party in most of the councils before it is too late. The bitter truth is that some councilors have turned themselves into overlords in their councils, thereby constituting themselves into a cog in the wheel of progress of these councils.

If the cancer is not removed, it has the potential of truncating the vision of the Jagaban and the APC. The scenario is that a lot of council chairmen have been held hostage by these councilors for financial gains. This they do by maligning, defaming and bullying the chairmen with threats of impeachment at the slightest opportunity. The case of Ikorodu West LCDA and Epe Local Government is still very fresh in our memory. The crisis between the chairman Ikorodu LCDA and the legislative arm is retarding progress and still very much on the burner after repeated meetings to resolved the matter by party leaders.  While the party has remained unflinching behind the chairman, the legislators insisted that the chairman remained impeached by the legislative arm. Consequently, in some council, they collect monthly gratification from chairmen, contractors, consultants, to stave off trouble.

This is exactly what is happening in Surulere Local Government Area where the legislators are said to be battling the council chairman. Unfortunately, these councilors have the support of some party leaders, influential members of the APC and high ranking members of society who either support them directly or indirectly. Checks revealed that most councilors, especially in the urban areas, take home a minimum of N500, 000 monthly. This is made up of monthly salary, imprest and sitting allowance, which is outside material gifts and monies coming to them during programs and festive periods from the council. Meanwhile, these grass-roots lawmakers are mostly parasites who feed largely on the system without performing their constitutional duties. Or how can one justify the fact that over 90 per cent of councils in Lagos State have not passed a single bye-law in over three years? What we have witnessed thus far is a situation where they pass the council’s annual budget and go to sleep, and this is not without getting financial inducement.

Yet, this is not an excuse for council chairmen not to perform in line with their oath to serve the people to the best of their ability. The people expect a whole lot from their chairmen in terms of road rehabilitation and construction, market, health and legacy projects.  Though the councils do not receive the same amount as monthly allocation, and do not generate the same amount as internally generated revenue, the onus is on them to perform.

Badagry, Ikorodu, Epe and others receive little when compared to others, even as their internally generated revenue (IGR) remains low.

It is however gratifying those councils such as Surulere, Bariga, Amuwo-Odofin, Badagry West, Mainland, Yaba and Lagos Island, among others are doing well in their domains.

This is where Surulere Local Government Area must be singled out for commendation, going by its enviable record in road construction in the last three years. It is the only council with a paving stone and block making plant in the state and has constructed a new and modern Magistrate Court and started construction of ultra-modern Primary Health Centre, despite not being as buoyant as many councils.

Bariga LCDA equally deserves commendation for infrastructural development, even as it is also constructing a model primary school, among many other laudable projects. There are other councils, including Amuwo Odofin and a few others who are also making us proud.

The bitter truth is that we cannot just continue with the idea that impunity pays. It doesn’t work like that. it is therefore time for Tinubu, APC leaders and all those who love Lagos to say enough is enough to this avoidable disease.

One cannot but recall with nostalgia that Shomolu Local Government Area, under Prince Sesan Olanrewaju, won the best Local Government in Africa some years back in a contest organised by the United Nations. That feat is still possible in today’s Lagos, if the political will to do what is right is there.

It is time to reassess the relationship between chairmen and councilors and other political appointees, be it supervisors, SAs and others to save the council from undue stress and financial strain. The council owes first, to the people to deliver dividend of democracy and not to legislators who are not alive to their law-making function, but only use their office to covet gratification.

Tinubu and other APC leaders need to reassess the process of electing councillors that would be the pride of the party and not ones that would bring the party to shame.