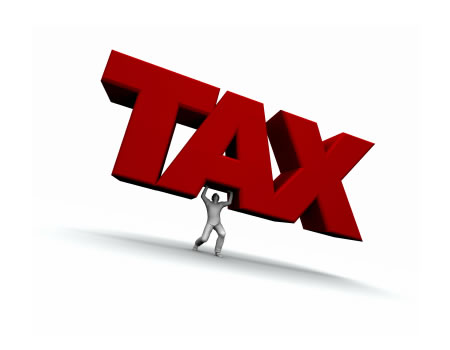 The Centre for the Promotion of Private Enterprise (CPPE), a non-governmental organization, has called on the finance minister Mrs Zainab Ahmed to review the recent provisions to Tax Appeal Tribunals rules compelling those who have tax disputes to pay 50per cent of the amount in dispute before their appeal can be heard.

Specifically, the CEO said, “The CPPE would like to appeal to the finance minister to review the recent provisions to Tax Appeal Tribunals rules compelling those who have tax disputes to pay 50per cent of the amount in dispute before their appeal can be heard.

“We submit that this is contrary to the principle of natural justice, it constitutes an obstruction to a fair hearing. We, therefore, call on the finance minister to review this policy urgently.

“Besides, the rule is in conflict with the FIRS Establishment Act that set up the tribunal. We, therefore, request that this rule be expunged from the proceedings of the tax appeal tribunals in the interest of fair hearing.”

The centre commended the government for proposing the removal of 0.25 per cent of the turnover levy imposed on companies for NASENI (National Science and Engineering Institute) levy.

However, it expressed concern that new taxes are being frequently added to the myriad of taxes on the already over-burdened private sector. These include the Education Tax, Information Technology tax, Police Fund levy, and the Tertiary Healthcare Fund levy recently passed by NASS among others.

This, according to Yusuf, is in addition to the burden of dealing with multiple tax agencies from FIRS to States IRS, Customs, among others, all trying to collect revenue and conduct tax audits. These taxes should be harmonized, he emphasized.

The centre also believes that the proposal by the Federal Ministry of Finance to reintroduce excise duty on carbonated drinks is ill-timed and most inappropriate given the prevailing harsh economic and business conditions.

According to Yusuf, the citizens and the business community are already experiencing a galloping and volatile inflationary condition, and the reintroduction of excise duty is also a negation of the economic recovery, job creation and poverty reduction aspirations of the federal government.

He said many upcoming small businesses in the beverage sector would be hard hit by this proposal. His words: “The millions of micro-enterprises in the soft drinks’ fruit juice distribution chain will be adversely impacted by the imposition of the excise tax.”

Nigerian manufacturing companies, and indeed most investors, he said are going through tremendous stress at the moment. They are currently grappling with serious macro-economic challenges and structural constraints impacting capacity utilization, productivity and competitiveness.

This is affecting sales, turnover, profitability, shareholder value and the sustainability of investments. He cut that the norm globally at this time is to provide incentives for industries to aid their recovery from the shocks of the pandemic and escalating costs.

“We cannot afford to be doing the exact opposite. Manufacturers, across all product segments, need a respite, especially in the light of the unprecedented escalation of production and operating costs,” the CEO noted.

On the Cash Reserve Requirement (CRR), imposed on the Nigerian banks, Yusuf calls a reduction, stressing that this is one of the highest globally.

According to him, the CRR which is currently at 27.5 per cent has become a major impediment to financial intermediation by the banks. Even more disturbing is the fact that effective CRR is as high as 50per cent or more for some banks he said, adding that financial intermediation is supposed to be the major function and essence of the banking system. “The high CRR has made it difficult for the banks to play their primary role of financial intermediation. Their profitability is also adversely impacted because of limited room for credit creation activities.

“Indeed, the Ways and Means finances of the apex bank poses greater liquidity risk to the economy than bank deposits.

“We, therefore, seek a reduction in CRR so that the banks can be better placed to play their primary role of financial intermediation in the economy,” the CPPE boss stated.

In spite of the huge investment in the water sector by the government and international organisations, water scarcity has grown to become a perennial nightmare for residents of Abeokuta, the Ogun State capital. This report x-rays the lives and experiences of residents in getting clean, potable and affordable water amidst the surge of COVID-19 cases in the state…Tax Appeal Tribunal  Tax Appeal Tribunal

The Lagos-Ibadan railway was inaugurated recently for a full paid operation by the Nigerian Railway Corporation after about a year of free test-run. Our reporter joined the train to and fro Lagos from Ibadan and tells his experience in this report…Tax Appeal Tribunal  Tax Appeal Tribunal