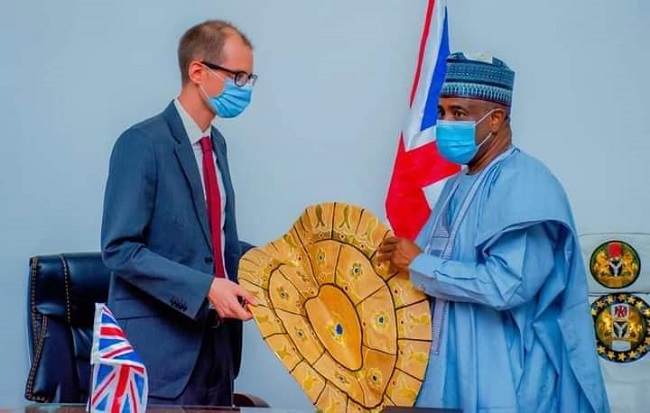 Governor Aminu Waziri Tambuwal of Sokoto State has again appealed to the United Kingdom government for sustained cooperation with states and the Federal Government in the fight against security breaches in the country.

The governor made an appeal while receiving a delegation from the UK High Commission in Nigeria led by the Head of Governance Team in the mission, Mr Sam Waldock.

Gov. Tambuwal, who commended the UK government for its support on security and general well-being of Sokoto state and Nigeria, said there is no country in a better position to support the country than it considering historical affiliation between the two.

In view of this, he opined that there is a need for greater collaboration, stressing that the UK can do more than what it is currently doing for Nigeria to help it tackle the menace of crimes and criminalities.

He also thanked the UK government for all it has been doing in terms of partnership and support so far.

In his remarks, Mr Weldock said they are were in Sokoto to extend support to the state and the North-Western states of the country on security challenges in the region.

Pointing out that the UK is worried about these challenges, he offered that his country, which values its age-long relationship with the state government, is poised to help it overcome many of its problems.

He also commended the state government on its drive towards fiscal transparency and procurement reforms, applauding its commitment to forging a partnership with foreign countries and entities, a development he suggested other states should emulate.