State of emergency in environment: ‘Mauritius has done what Nigeria should have done 60 years ago’ 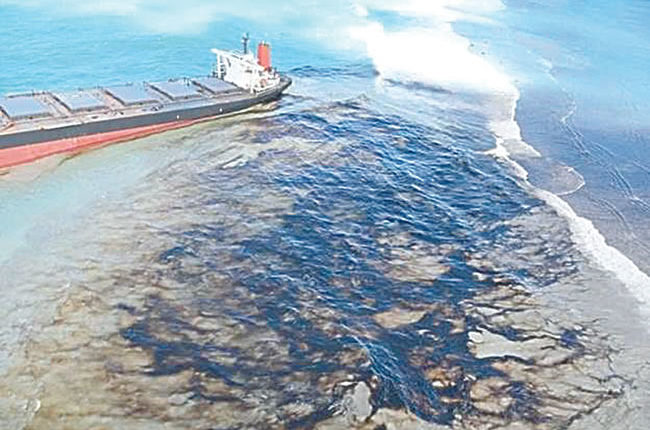 Following the oil spill in Mauritius and the declaration of a state of emergency in the environment by its prime minister, an environmentalist, Nnimmo Bassey says Mauritius has done what Nigeria should have done 60 years ago when oil pollution began to take root in the Niger Delta.

Bassey, the Director of Health of Mother Earth Foundation (HOMEF) said, “The spread of the oil spill in Mauritius is rightly seen as a threat to their aquatic ecosystems and related human well-being. Declaring a state of environmental emergency is the right thing to do to ensure that adequate resources are deployed to tackle the spread, clean the mess and restore the environment

“Emergencies should be declared in all oil producing countries in Africa. We simply have to reject remaining as sacrifice zones for profiteers and ecological destroyers

“Specifically, beyond declaring environmental emergency in the Niger Delta, an ecological audit, you may even call it forensic audit, is urgently needed to have a sense of the enormity of the disaster we have been living with. The audit would lead to a blueprint for the detoxification of the region as well as other hydrocarbon pollution hotspots in Nigeria, including Lagos.”

Mauritius’ oil spill is due to oil that seeped from a Japanese ship that ran aground last month off the coast of the popular tourist island.

“Our country does not have the skills and expertise to refloat stranded ships, so I asked for help from France,” Jugnauth said in a tweet.

Deborah de Chazal, Executive Director of the Mauritian Wildlife Foundation, which is working with the government to address the disaster, said that the ship was carrying 4,000 tonnes of oil.

Covid-19: A call for $50bn reparation from China

The police in civil cases