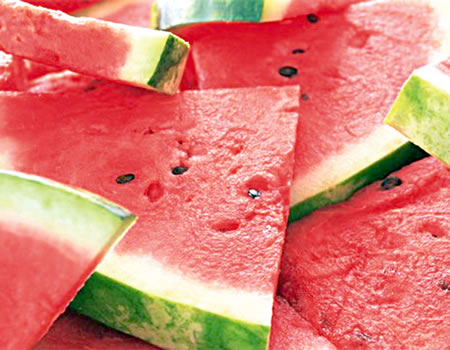 Eating an apple a day may keep the doctor away, but eating watermelon may just keep that unwanted excess weight at bay. Now, a new study shows that watermelon may help manage health issues caused by unhealthy diet such as overweight.

The study published in the Journal of Nutrition found that watermelon byproducts positively alter glucose levels, the gut microbiome, and inflammation in laboratory mice.

The researchers at Oregon State University had wanted to know if a supplement version of watermelon byproducts (skin and rind that typically end up as food waste) offered any metabolic benefits to obese male mice fed a western-style diet.

These effects aid blood flow, which can lower high blood pressure. Watermelon also contains lycopene, a phytonutrient antioxidant compound which has been linked to several health benefits, including decreasing the risk of heart disease.

Worldwide, more people are becoming obese. Being overweight can lead to negative health effects such as high blood pressure and type 2 diabetes.

Although lifestyle changes are recommended, like exercise and eating healthy meals, many individuals find it difficult to avoid a high-fat diet. But healthful snacking may be a simpler and more sustainable approach to improving dietary quality, increasing satiety, and combating weight gain.

As a snack, the fruit is palatable and convenient and has generally been associated with lower body weight in epidemiological studies. And watermelon is a strong candidate to promote satiety because its high water content results in a lower energy density than most fruits or low-fat cookie snack.

In addition, mice given watermelon supplements experienced a drop in the levels of prostaglandin F2a, an inflammatory mediator. When compared to the high-fat control group, the mice given the supplements also had reduced inflammation, suggesting the P-F2a may have played a role in reducing inflammation.

Generally speaking, the lower the level of P-F2a, the better off a person would be. This would be an indication that there is something in the whole food product that is producing a beneficial, anti-inflammatory effect.

At the end of the trial, the high-fat control group also had a similar body weight to the high-fat watermelon supplement groups, suggesting watermelon doesn’t play a significant role in weight.

The researchers said that they intend to further test watermelon flesh and watermelon rind products in human subjects to further confirm its benefit in weight control.

Previously, researchers in the journal, Nutrients suggested that fresh watermelon, when consumed in place of conventional refined carbohydrate snacks, may help reduce appetite and assist with weight management while reducing cardiovascular risk factors.

The study was in 33 overweight or obese adults that consumed watermelon (two cups) or isocaloric low-fat cookies daily for four weeks.

Aside from the daily consumption of either snack, participants were instructed to maintain their typical dietary intakes and physical activity levels.

They, therefore, suggested that reductions in body weight, body mass index (BMI), and blood pressure can be achieved through daily consumption of red-fleshed watermelon, which also improves some factors associated with overweight and obesity.