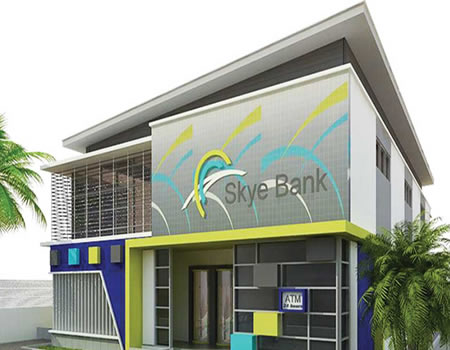 Skye Bank Plc has forwarded the names of two of its executives to replace its retired directors on the board of Cocoa Products (Ile Oluji) Limited.

The executives are Ayo Abina, who is to come in as chairman of the board, and Femi Aribaloye, who is coming in as a non-executive director.

The two are to replace Amaka Onwughalu, former Deputy Managing Director of Skye Bank and Kunle Auko, a former Non- Executive Director on CPIL board.

Abina, a consummate banker, is currently the executive in charge of the South Directorate of the bank, comprising of Lagos State, South West, South East and the South-South.

An alumnus of the INSEAD Business School, Fountainbleu, France, Abina has extensive experience in commercial banking and is expected to bring this to bear in achieving both the company and Federal Government’s objective and initiative to diversify earnings and generate alternative foreign exchange inflows into the economy.

Its Managing Director, Mr Akin Olusuyi, who is also the chairman of Cocoa Exporters Association of Nigeria, confirmed the initiative of CPIL to ensure strong income traction by increasing the utilization of its capacity.