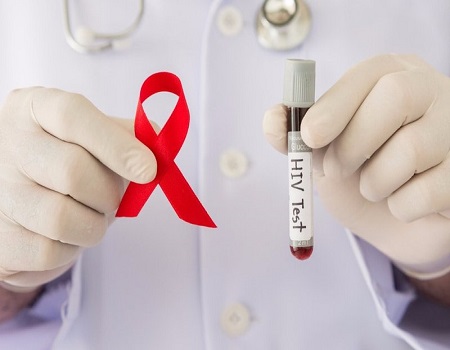 Activists say although the jab won’t be available immediately, countries need to start doing the planning — and the maths — to introduce the bimonthly injection now.

A study conducted among 3 200 women found that an injection of a long-lasting ARV called cabotegravir every two months was 89 per cent more effective in preventing HIV in women than the daily HIV prevention pill known as Truvada. The research was carried out in seven African countries, including South Africa, Botswana and Kenya.

Truvada is a two-in-one pill combining the ARVs emtricitabine and tenofovir. Truvada is extremely effective in preventing HIV infection, and can bring a person’s risk of contracting HIV down to as low as 1per cent when taken correctly, the United States Centers for Disease Control and Prevention says.

But because women must take the pill daily, it has been hard for some to adhere to the medication.

This week’s news has been called a game-changer, particularly for women in sub-Saharan Africa, who continue to make up almost 60 per cent of all new HIV infections on the continent, according to 2019 UN Aids data.

The United Nations agency estimates that nearly 5,000 young women between the ages of 15 and 24 in the region contract the virus each week.

The new injection may provide another way for women to protect themselves. And, following similar study results released in July, scientists now know that injectable cabotegravir can also prevent HIV infection in another high-risk group — men who have sex with men and transgender women.

Still, the bimonthly injection will likely not be publicly available for at least several more years, says the study’s lead researcher Sinead Delany-Moretlwe, who is also the director of research at the Wits Reproductive Health and HIV Institute in Johannesburg.

Scientists have to conduct further research, Delany-Moretlwe says, and pharmaceutical manufacturer Viiv Healthcare will also have to seek international and national regulatory approvals to market the injection in the years to come.

In the meantime, many activists are calling for countries to begin thinking now about how they might one day use — and pay for — the new injection. But, they warn, countries will also have to expand access to Truvada and learn from the continent’s slow rollout of the HIV-prevention pill.

“A new HIV-prevention option for women is cause for celebration,” Zambian activist Chilufya Kasanda Hampongo said in a statement. Hampongo works with the country’s HIV advocacy organisation, the Treatment Advocacy and Literacy Campaign. “We know that [ensuring people have a] real choice in HIV prevention depends on giving women — and all people — full information about risks and benefits … and making sure that those methods are available.”

Scientists in the recent cabotegravir study believe that the new injectable ARV was able to outperform Truvada because the bimonthly shot was simply easier for women to take than daily pills, Delany-Moretlwe says.

“The challenge with Truvada is that it relies on consistent daily pill-taking,” she says. “[We found that] cabotegravir is far superior to Truvada in preventing infection and we think that’s because of adherence.”

A 2012 study in the New England Medical Journal found that fewer than 40 per cent of women were able to take the Truvada every day to prevent HIV. And when women skipped a dose, their bodies weren’t able to retain the level of Truvada needed to ward off HIV infection, showed research published just four years later in The Journal of Infectious Diseases. In contrast, Truvada was more forgiving in men.

Of the more than  5000 women in the recent study, 38 contracted HIV while taking part in the research — four of whom were on the two-month injection.

Scientists are still learning more about these infections and why they happened.

Still, United States-based HIV-prevention organisation Avac notes that this is the lowest rate of new infections in any similar study of Truvada in women.

Delany-Moretlwe’s study was expected to report its findings after 2022, but an independent monitoring board found that the research’s results were strong enough in both safety and effectiveness to release early findings.

Based on this, all the women in the trial will have the opportunity to start taking the cabotegravir injection at least until the end of the study, which may last another two years, Delany-Moretlwe says.

Previously, women in the trial had been randomly assigned to receive either the pill or the shot to compare results between the two groups.

The price of prevention

Today, about 24 countries in Africa have started people on Truvada. Still, the number of patients who have received the pill varies from just a few hundred in some countries to tens of thousands in others, data compiled by Avac shows.

A lack of awareness about Truvada among patients and healthcare workers, as well as high initial cost, were found to be some of the challenges African governments faced in trying to roll out the medication, a 2016 research review in the journal Current Opinion in HIV and Aids found.

In 2016, South Africa became one of the first countries on the continent to begin offering Truvada to people at high risk for HIV infection. But in the first two years, the department of health only managed to start about 5900 people on the tablet, in part because of cost, South Africa’s former deputy director-general for health Yogan Pillay has said previously.

By February 2020, however, South Africa had managed to start more than 50     000 people on the tablet, Pillay told health news service Spotlight.

Viiv Healthcare has not set a price for cabotegravir, Delany-Moretlwe says, but the company has publicly committed to making it accessible to low and middle-income countries.

But injectable cabotegravir — when it comes — will never replace the HIV prevention pill for everyone, says Yvette Raphael, executive director of the South African organisation Advocacy for Prevention of HIV and Aids. Instead, it has to be offered alongside Truvada to make sure people can choose what works for their lives.

“Here’s the thing: it’s another option in the prevention basket,” Raphael says. “We’re excited, and we’re happy, but it doesn’t mean that … everyone’s going to like it.”

“What I want to know is have we done everything we need to do [to get the HIV-prevention pill] to women,” she says, adding that people should be regularly offered the HIV testing and the tablet during clinic visits, alongside contraception.

Suppose South Africa and other countries are serious about one day rolling out injectable cabotegravir? In that case, Raphael says, they must now start conducting the cost-effectiveness modelling that health departments will eventually need to make compelling investment cases to the national treasury departments that hold the purse strings.

Meanwhile, Raphael says that countries need to explore new ways of taking the HIV-prevention pill out of public clinics and into communities to deliver the tablet at places such as private pharmacies that might be closer to patients.

“We now know that [long-acting cabotegravir injections are] highly protective against HIV for both men and women,” Avac executive director Mitchell Warren said in a statement. “The urgent work now is for policymakers, funders, programme implementers and communities to design and build HIV-prevention programmes and health systems that can deliver the growing array of [HIV-prevention] options.”

He continued: “This is essential work that can and must begin now. Key to those efforts will be ensuring that we don’t repeat the delays that have slowed the [HIV-prevention pill] rollout over the past eight years.”

‘We are overwhelmed with VVF cases in Oyo, educated women not exempted’

Physiotherapists charged on developing solutions to treat persons with COVID-19

Why choice of hypertension medication is important in men — Experts