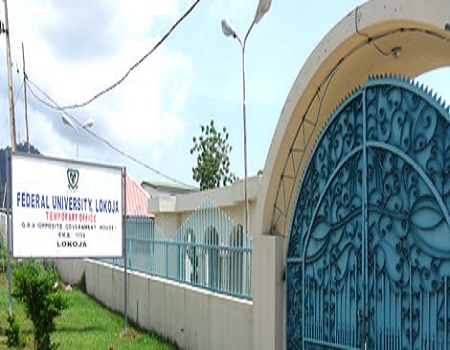 AS the tenure of the current Vice-Chancellor, Federal University, Lokoja, Professor Angela  Freeman Miri expires in February 2021 the issue of who becomes her successor has become a subject of discussion among staff and students of the institution.

Already, no fewer than 80 professors had applied for the plum position of the vice-chancellor of the institution, according to the Senate and Governing Council of the university.

Addressing newsmen in Abuja, both the Senate and Governing Council of the university disclosed that it had commenced the processes of selecting a replacement to the outgoing vice- chancellor.

Pro-Chancellor and Chairman of the Governing Council of the university, Senator Chris Adighije, said the process to appoint a new vice-chancellor had commenced with a committee for selection already put in place.

He revealed that the successor to the vice-chancellor would be announced early in December.

Adighije, who promised to ensure absolute transparency in the selection process, said the council would only settle for the best among the 80 names as it aimed to put the university in a position that would make it  compete favourably and catch up with the existing ones.

He also highlighted some challenges facing the new university, adding that his target and that of the governing council was to raise the bar of the university.

Adighije said, “the tenure of the present vice- chancellor will expire on February 21, 2021. By law and convention, we are in the process of selecting a successor and in doing that we are insisting on due process. It is taking a lot of our attention and the applications closed on October 16.

“Shortly after that, proper compilation of applications which include; local government area, age, qualification and other such requirements would be done according to the advert that was put out.

“The management team has compiled that as supervised by a member of the council.”

“We have about 80 applications and we will soon be in the process of short listing. A date has been fixed for that and a five-man committee is saddled with that responsibility. After that, we will now go on to the main selection.”

“The plan and proposal the council has accepted is to ensure that the new vice-chancellor would emerge by December 4 this year. This will create room for transition because the current vice-chancellor will be leaving by the middle of February, 2021.

“This is a federal university and we have received applications from cross section of Nigerians who want to occupy the exalted office.”

The chairman, however, explained that the council had earlier employed the Chief Librarian and Bursar for the university.

Asked if it was done in line with Federal character, he said, “Definitely. We had a representative of the Federal Character Commission (FCC) who was there with us throughout the process. They were present.”

He commended the outgoing vice chancellor who has been there for the past five years, noting that “she and her management team have done very well.”