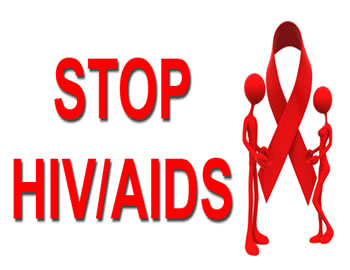 The Society for Family Health (SFH) has embarked in an adolescent-friendly campaign against HIV/AIDS through engaging young persons in the campaign as doctors and support providers for those infected.

The Director in charge of HIV programs for SFH, Godpower Omoregie while speaking with journalists at the Agenda for Adolescent and Young People Cost-Effectiveness Analysis Dissemination Meeting, said SFH was motivated to start the campaign because most of the intervention programs were ignoring young people.

He said most young people prefer to disclose their HIV status or discuss their sexuality with their peer instead of regular doctors and counsellors.

According to him, “the motivation behind this reject was that we found out that for a while, that lots of interventions were ignoring young people and there was a need to ensure that we don’t leave the young persons behind, particularly if you are talking about an epidemic is of a public health proportion, prevention is quite important, and for a young person who are likely to be the vectors of new infections, so we needed to ensure that they weren’t left behind, but the issue was that do we have a model that we will use to target these young persons, and because we couldn’t lay hands on anyone, so there was a need to understand the factors that make young persons vulnerable.

“Because in medicine or clinical practice, ones your diagnosis are correct, then the treatment will be right, but I think people were just using assumptions in intervening, but we felt that wasn’t right so we needed evidence, so this is all a lousy guiding evidence that would help in preventing HIV among young persons, ensure that if there are barriers that is not making them know their status, how do we understand those barriers, how do we design programs”.

Similarly, Dr Funke Oki, Deputy Director Community Prevention and Care Services, National Agency for the Control of AIDS (NACA), said the Agency would adopt some of the strategies used by SFH in some states which worked.

“They have come up with some new strategies that they used, and we have a national strategy for adolescent and young persons that was developed in 2016, so by the time we are reviewing any of our national document, we will be telling other people that there is new strategies that have worked in specific places.

“They have worked in 4 states and we have 36 states plus the FCT in Nigeria, so in our interactions with other states, we will be telling them this is what SHF did”, Dr Oki said.