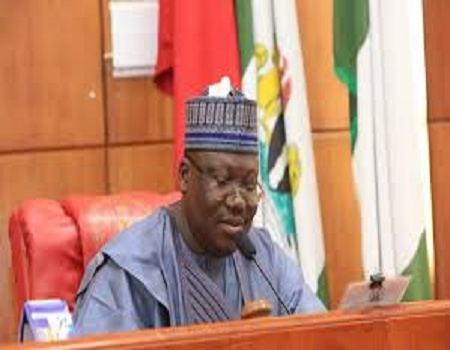 Lawan said this while making his remark on the various interventions by senators on the bills for an act to amend the National Council on Public Procurement and Bureau of Public Procurement Act No. 14 and for other related matter 2007 which scaled second reading at the Senate yesterday.

The absence of Senator Senakara led the Senate to drop his bill listed for deliberation at Thursday plenary while the bills by Senator Ekwenife and Lau was consolidated.

The bills sought to amend differ my rent sections of the 2007 procurement Act.

According to Lawan, the gains of returning the budget cycle back to January to December for timely implementation may be lost if the bill retains its present features.

Explaining the imperative of reworking the bill to meet contemporary demands for efficient capital expenditure going forward Lawan said: “Twelve years down the line we would have seen the strength and weaknesses of the Act but certainly the last twelve years have revealed the inadequacies, the loopholes, the lacunas that are in the Act.

“Like one of our colleagues indicated we will pass the Appropriation bill 2020 before the end of the year and the implementation commences from January.

“So just as we try to give expeditiously treatment to some of the bills we passed recently, this is also important and significant because it will add value to the implementation of the 2020 Appropriation bill.

“So many issues have been raised about the weaknesses of the Appropriation Act. I will not repeat any of them but all of them that were raised are very genuine issues.

“I want to take this opportunity to urge all stakeholders who have anything to do or any interest in probable issues of procurement in the country or even beyond.

“Take advantage of the public hearing, the Senate will hold on this bill. Because it is important to have the contributions from stakeholders so that we have an enriches the amendments at the end of the day.”

The bill according to Senator Lau sought to increase the procurement mobilisation fee from 15 per cent to 30 per cent to facilitate timely completion and delivery on contracts especially by local contractors as the nation continues to promote local contents in the country.

He maintained that this in addition to demanding the contractors to present a performance bond from a reputable insurance company to guarantee them.

On her part, Ekwenife said the bill will improve the overall procurement process. This was part of the argument put forward by Senator Ekwenife who said it would make for improving the overall operational logistics.