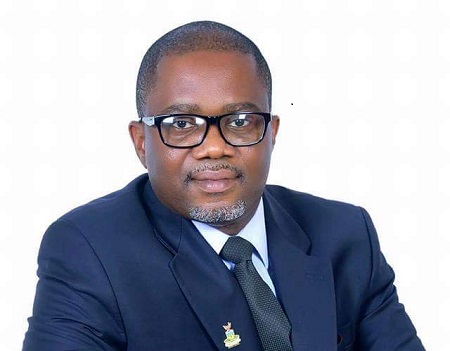 The Anambra State Government has restated its commitment to meaningfully engage and empower the youths in the state to become employers of labour.

The state Commissioner for Youth Empowerment and Creative Economy, Mr Afam Mbanefo made this known when he led officials of his ministry on a courtesy visit to the Vice-Chancellor of the Nnamdi Azikiwe University, Awka, Professor Charles Esimone, on Wednesday.

Our correspondent gathered that they aimed at cementing the new partnership between the ministry and the University on the businesses development program, in line with the state government directives to ministries to embark on strategic programs and projects that will benefit the masses.

Speaking to newsmen shortly after the visit, Mr Mbanefo said UNIZIK Business School is a worthy partner in achieving the objectives of Youths Entrepreneurship Start-Up (YES) program, where the state government plans to train about three hundred youths in different business ventures.

He expressed concern over the problem of youth’s unemployment in the country, adding that his Ministry has developed an online platform, (anambrayouths.ng) to enable it to gather data on youths in the state.

Receiving the delegation, the Vice-Chancellor of Nnamdi Azikiwe University, Awka, Professor Esimone expressed satisfaction with policies and programs of the state government, saying they are in line with his visions for the institution.

Professor Esimone, who regretted that lack of data has remained a problem for economic planners, said generating data on unemployed youths in the state is a right step towards realising the lofty ideas behind the entrepreneurship program.

In his contributions, the Director of UNIZIK Business School, Professor A.U Nonyelu, said the institution would have failed in its mission if it fails to provide jobs for the masses, describing the recent partnership as one of the best ever seen in Anambra state.