Saraki has been nursing presidential ambition since 2011 ― Baraje 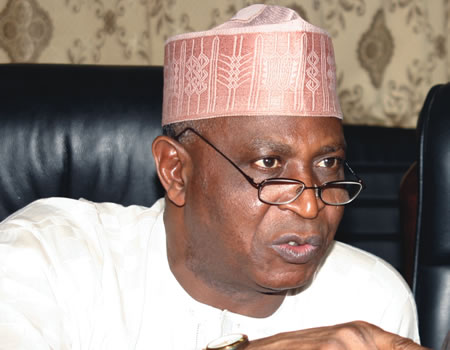 FORMER leader of the Reformed All Progressives Congress (R-APC), Alhaji Kawu Baraje has said that declaration of presidential ambition of the Senate President, Dr Bukola Saraki, is long overdue, adding that it is also proper.

Speaking with journalists in Ilorin on Thursday at the sideline of the graduation ceremony of the Baraje Centre for Arabic and Islamic Studies, Alhaji Baraje, said that Saraki had been trying his luck on being the nation’s president since 2011.

“As a reminder, Senate President, Bukola Saraki has been trying his luck on being the president of this country since 2011. He withdrew for the then-candidate Goodluck Jonathan. In 2015, he also withdrew for the present President Muhammadu Buhari. So, for somebody who has been nursing that kind of ambition, is it not right for such a person to come forward again?

“This present president came forward for four times before clinching it. Did anybody ask whether he was right or wrong? Totally, I am in his support. Whatever Nigeria is looking for is in him and what we are looking for is only a candidate that will unite Nigeria. Because the current situation in the country, Nigeria is further divided and unless we get a candidate that will unite Nigeria, it is going to be a very serious jeopardy for this country.

“I am not a senator, but I am a party leader and a politician. As a politician, you don’t just sit down without educating yourself. I have read the Constitution of the Federal Republic of Nigeria. Whenever there is any controversy about any issue I read the constitution. I have gone through the relevant sections particularly on the issue of impeachment. The constitution makes me understand that only the senators can elect their president
and also the senators can impeach their senators. The constitution also stipulates the offences he has committed for impeachment. Having
seen the offences committed they will go into votes.

Two third of the entire 109 senators not two third of the senators that are present on the day of the impeachment. It is because of the background of some us that we do not talk too much. Because we believe that we should listen more rather than talking more.

“There is a lot of respect in listening more. The fact that we listen more does not mean we do not know our rights. There are so many things being said on this issue of impeachment that is insulting the sensibilities of Nigerians particularly those of us that can read and right. It is most unfortunate that somebody will just come up to talk of impeachment as if we are in a banana republic. Some of us have experiences of leading political parties and if issues like these come up we know how to handle them. It needs a lot of patience, exposure, a lot of education and cool-headedness.

“It is not by Gestapo approach. In any case, the senators are making Nigerians realise through their body language that as far as they are concerned they are not ready to impeach their president. Any sensible leader should have understood that language that the senators are not going the way some people want to go; which is the way of causing confusion between the executive and the legislature. The present situation exists between the executive and the legislature was caused by some people who do not want the two arms to work together because they will never gain out of it.”

Alhaji Baraje also said that in a few days time he will return to his former Peoples Democratic Party (PDP) with his supporters officially.

He said that he would formally declare for the party in his own ward in Ilorin, the Kwara State capital.

“If I tell you where I belong now, I am telling you because you asked me, but my formal declaration is coming up in few days time at my own ward. It is being arranged by my people.

“That means where my leader goes is where l go. I belong to the party that has made me and a party that has given me in-road into the politics of this country. I belong to the PDP and I have gone to the PDP meeting at Yar’Adua Centre in Abuja some two months ago. There I made a statement that went viral and I think that was very indicative of where I belong. In very a few days now you will hear I am in my ward declaring for PDP along with my supporters.”

Saraki must be prosecuted ― EFCC