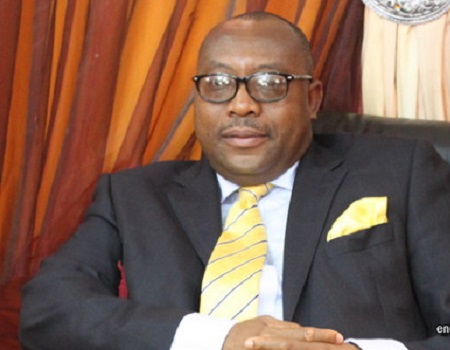 Jeje gave this assurance while speaking with newsmen at the weekend, recalling that Sanwo-Olu had equally given the assurance when he visited the site of the recently collapse building at Ita Faji where he talked about the regeneration of buildings in Lagos Island.

According to the former commissioner, Lagos Island actually needs a lot of regeneration, expressing delight that the governor-elect was also thinking along that line.

“I am happy about that. That shows the direction the governor-elect would go. Lagos Island actually needs a lot of regeneration. So, since the governor-elect has even said it, it is heart-warming,” Jeje declared reminding that, Sanwo-Olu had been in the system for long.

“He has been in the system for long and knows what we have been discussing in the administration of Lagos State. So, since he has said he would do that, I would encourage him to go ahead and do it so that we would not continue to have issues of collapsed building any more in Lagos State,” he said.

Jeje, while setting agenda for the incoming governor, urged him to focus more on housing, even as he contended that housing was the heartbeat for a Mega City.

“Since he has also been in government, I know he has a lot of agenda himself. So, I will just encourage him to go ahead and execute his agenda which I am sure would be beneficial to the generality of the people,” the former commissioner stated.

Speaking further, Jeje commended the Lagos State Government on steps taken after the building collapse in Itafaji, describing such as pro-active.

“So far, it is good, what the government has done in the recent collapse and I must commend the government for the steps taken,” the former commissioner said.

This was just as he urged that to forestall future reoccurrence, both the approvals for construction and strict monitoring of constructions must be ensured.

“It is not just the approval, because many of the developers would take the approvals and go ahead to have sub-standard materials in the construction of those approvals they have,” Jeje said.

“The government needs to have effective monitoring of those approvals after they have gotten them so that we don’t have issues of collapse buildings again,” he added.