Residents displaced as flood submerges over 50 houses in Ughelli 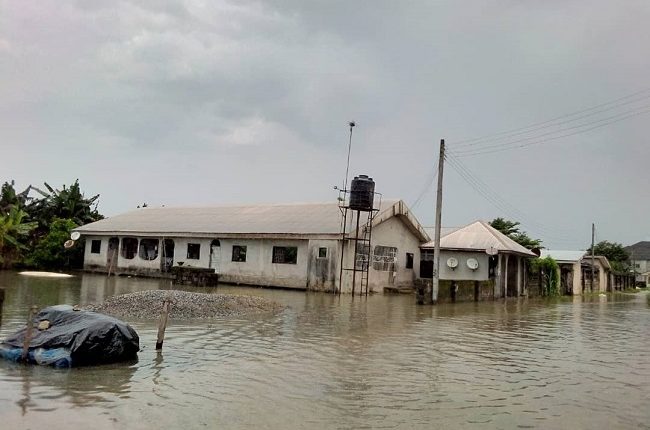 Residents of parts of Ughelli, headquarters of Ughelli North Local Government Area of Delta State were displaced on Sunday as flood submerged well over 50 residential houses in the area.

Thousands of residents were sacked from their homes with properties worth millions of naira including credentials and certificates were destroyed by the flood. 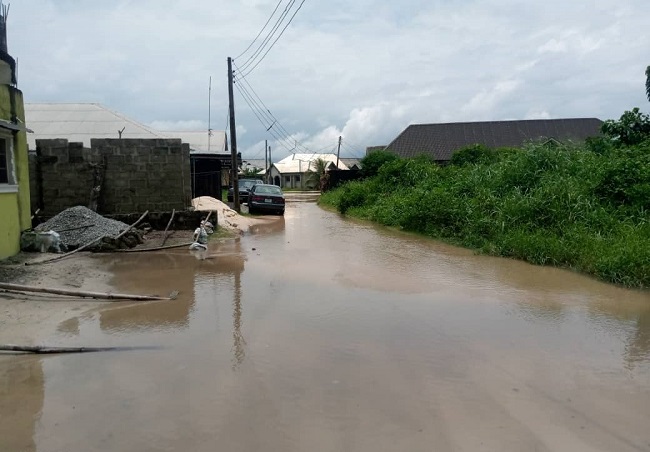 Many residents were reported fleeing their homes for fear of being trapped by the flood, just as some residents could not evacuate their cars from the streets, after been submerged.

A resident of Omoyibo Street, Chief Godwin Ighoavwota, lamented the development, saying several persons have been rendered homeless and properties worth millions of naira destroyed by the flood.

He further blamed the Niger Delta Development Commission (NDDC) for building roads and drainages in the area without proper channels to take out water from the area.

The Vicar of St Mathias Anglican Church, UK Street, off Up-Agbarho Street, Revd Festus Azikiwe, said some houses in the area and the road leading to the church were submerged by the flood, calling on the government to come to their rescue. 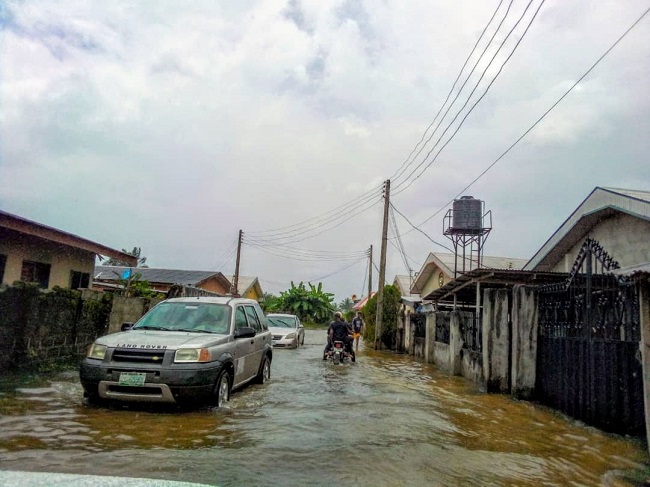 Another resident of Omoyibo Street, Mrs Vivian Blessing, said: “I am short of words; the flood situation is unbearable. As you can see, flood water has taken over our compound, any more rainfall, the water will enter our apartments. I suggest that the residents and the government should work together to find a lasting solution to this problem.”

A resident of Ighagbomi street, Mr John Okeoghene, said: “The overwhelming flood is caused by lack of proper drainage and emptying of dirt into the water channels. I call on the government to intervene by constructing a wide drainage system.”

Yet another resident of the Pipeline area, Mrs Kevwe Ejovwoke said: “The water is much and healthwise is not good for the residents. This water needs a proper channel and unless something is done about it, it will only get worse.”

Meanwhile, the State Commissioner for Environment, Mr Chris Onogba, who spoke to journalists, promised to visit the affected areas to assess the extent of damage caused by the flood with a view to intervening.

Buhari has broken many jinxes ― Presidency