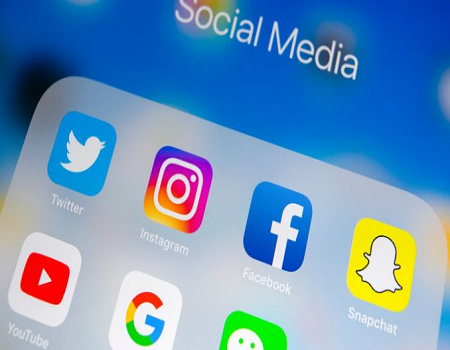 MEMBERS of the House of Representatives, on Tuesday, warned the Federal Government against a clampdown on social media. Chairman, House Committee on Information, National Orientation, Ethics and Values, Honourable Odebunmi Olusegun and Honourable Emmanuel Oghene sounded the warning when the Minister of Information and Culture, Alhaji Lai Mohammed, appeared for the 2021 budget defence.

The minister had, during his presentation, said though the social media had come to stay, there, however, was the need for the country to have a social media policy that will regulate it and check fake news and misinformation.

Referring to fake news and misinformation as the biggest challenge facing the country, Mohammed said the nation needed a national policy on social media to determine what could be seen and what cannot be seen.

The minister said: “the biggest challenge facing Nigeria today is fake news and misinformation. Based on that, we dedicated an entire National Council on Information meeting to that issue after which we launched a national campaign against fake news in July 2018.

“We said then that the next war will be fought without a shot being fired, but with the use of fake news. We didn’t stop there. We went on a tour of media houses to solicit their support in the fight against fake news. We launched the campaign to regulate social media which was bitterly contested by the stakeholders.

“We kept saying that if we don’t regulate social media, it will destroy us. In 2017, there was a fake video of the herdsmen and farmers’ crisis. It was a video of what happened in Tanzania and was played in Nigeria as if it was true.

“In 2017, a very popular entertainer in Nigeria raised a false alarm that students of the College of Education, Gidan Ways, Kaduna State, had been murdered.

“There was almost a reprisal only for him to find out that it was not true. In the same 2017, we found out that some of the videos being posted are things that happened in other parts of the world. When there was a problem between South Africans and Nigerians, they were posting videos of what happened in India and Tanzania to suggest that Nigerians were being roasted alive. That was what led to the reprisals in the malls.”

He added that “We are sitting on a time bomb on this issue of fake news. Unfortunately, we have no national policy on social media and we need one.

“When we went to China, we could not get Google, Facebook, and Instagram. You could not even use your email in China because they made sure it is censored and well regulated.

“In June this year, there was a riot in Ethiopia when a popular musician was killed. What the government did was to shut down social media for two days to bring that riot under control. Bear in mind that Ethiopia hosts the African Union (AU) and its office for Africa.

“We need technology and resources to dominate our social media. We need a social media policy to determine what can be seen and what cannot be seen.

“The recent #EndSARS war was fought on social media. They mobilised using social media. The war today revolves around two things. Smartphones and data and these young men don’t even watch television or listen to the radio or read newspapers.

“Social media has come to stay. What the government should do is to look for technology that will work together with what is in the space.

“We are not asking the government to stop social media. The most important thing is that government should go and look for the technology to regulate, so that you can equally be working within the space,” Odebunmi said.

Oghene also warned against shutting down the social media space in the country, pointing out that it was wrong to always look at the negative sides of social media at all times without mentioning the good side.

“I want to appeal that we should not overdo it because it will harm us. China is not a good example because it is a communist country. Nigeria has always been free, we are a democratic country.

“Let us look at other democracies and see what they have done with their social media. This technology is already here. It is not going to go away.

“We should have enough laws in our law books to deal with social media. If people post things that are not correct, they can be taken to court.

“If the laws are not enough, bring a bill and the National Assembly will pass it into law. If you shut down the social media, democracy will be greatly hampered,” he said.

He said it was social media that called the attention of government to looting of COVID-19 items in some places, adding that there was a time some boys were digging the road but got caught because the social media captured it.

3,000 cases suffer setback as hoodlums cart away exhibits in Delta