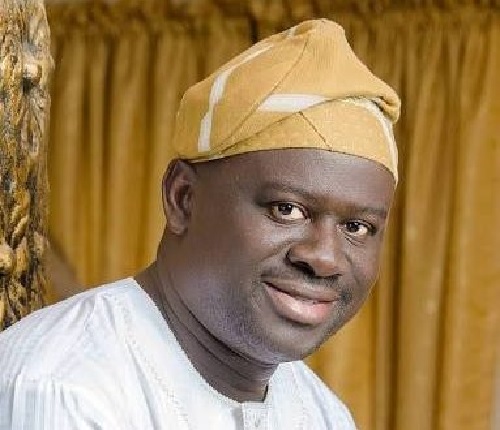 A member of the House of Representatives from Ondo State, Hon Peter Makinde, on Tuesday, defected from the African Democratic Congress (ADC) to the ruling All Progressives Congress (APC).

Hon Makinde, in his letter of defection, read to members at the plenary on Tuesday by the Speaker, Rep.Femi Gbajabiamila, blamed the defection on the alleged division in the ADC for a very long time now which deferred all solutions.

Consequently, the Speaker recognised Nicholas Ossai (PDP- Delta) to speak following which he protested against the defection, stating that it breached Section 68 of the Constitution.

Rep.Gbajabiamila, however, dismissed Hon Ossai’s arguments, asking him or any member of the opposition to mention the name of the chairman of ADC.

According to the Speaker, those protesting against the defection lacked knowledge of the goings-on in the ADC and, as such, are not in the position to query the reason cited by Hon Makinde for the defection.

Rep Gbajabiamila described them as “meddlesome interloper,” saying they “have no locus” and, therefore, a “busybody.”

According to him, “You don’t even know the name of the chairman of the party, so your (point of) order is overruled.”

Recall that on Tuesday last week, two members of the House, Shehu Yakubu Abdullahi from Bauchi State had defected from the Peoples Redemption Party to the APC. Blessing Onuh, daughter of a former President of the Senate, David Mark, from Benue State had also dumped the All Progressives Grand Alliance for the APC.

The Federal Government is owing the university workers, under the National Association of Academic Technologists (NAAT), the Senior Staff Association of Nigerian Universities (SSANU) and the Non-Academic Union of Universities and Associated Institutions (NASU), over N150 billion earned allowances…Reps member defects to APC