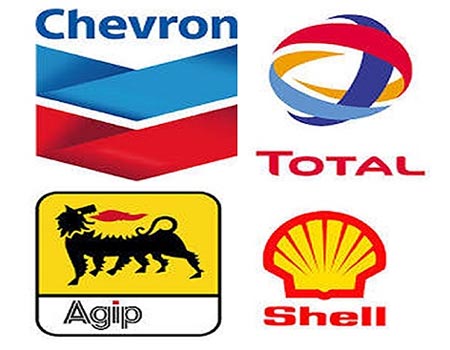 IJAW Professionals Association (IPA) has called on the federal government to implement its directive to International Oil Companies (IOCs) to relocate their headquarters back to states where their operations reside, in the Niger Delta.

Contained in a statement signed by Chairman Board of Trustees, Maj-Gen Paul Toun (Rtd), Homeland Chapter President, Mr Iniruo Wills, and President Lagos chapter, Mr Elaye Otrofanowei, the body lauded the directive and noted that their relocation would be historic.

“This directive conveyed by Prof. Yemi Osinbajo on March 2 in Uyo, Akwa Ibom, during his equally encouraging stakeholder consultation tours to all states in the long-neglected and distressed Niger Delta region is very commendable.”

“It is the strongest signal in many years that the Federal Government may sincerely begin to address the age-old challenges of the region from the roots rather than the usual cosmetic approach of trying to dust off the symptoms on the surface.”

“The presidential directive answers one of the cardinal demands of petroleum host communities over the last half century.”

“For the oil producing and heavily oil-polluted communities and states in the Niger Delta, this might be the most authentic evidence of the Nigerian-local content policy.”

“It was recently enacted into law but is yet to be of much practical value to our peoples’ lives and local economies in the region.”

“Hopefully, it would also mark a departure from the mutually counter-productive tactics of seeking to suppress agitation and its regrettable ramifications by military might,” IPA stated.

The Ijaw group noted that speed and commitment was of essence by all stakeholder segments in implementing the policy direction adding that the momentum must not only be maintained, but maximized as well.

IPA urged the Minister of State for Petroleum Resources, Dr Emmanuel Ibe Kachikwu, to drive an accelerated process for the relocation of all oil and gas companies to their areas of operation.

The group also stated that the relocation directive is expected to include the Nigerian National Petroleum Corporation, its various subsidiaries and the relevant regulatory and capacity building agencies.

IPA stated that such agencies include the Department of Petroleum Resources (DPR), the Petroleum Technology Development Fund (PTDF), and the National Oil Spill Detection and Response Agency (NOSDRA).

It noted that the agencies had remained at a dysfunctional distance far from the geographical centres of their operation and mandate, hence impeding their performance.

“We trust that the industry operators, especially but not restricted to the multinational oil companies, will cooperate fully and swiftly on this declared thrust of the Government of Nigeria.”

“It is also our minimum expectation from the indigenous operators that they will follow suit, moreover as they are all beneficiaries of the petroleum industry Nigerian-local content policy and in particular recent divestments of oil mining leases and marginal fields.”

“The people of the Niger Delta region and the rest of Nigeria look forward to this,” IPA stated.

According to the group, the stakeholders should work with the Minister of State for Petroleum Resources and the Minister of Budget and National Planning to facilitate the actualization of the directive.

“This should include an immediate and mutually coordinated short to medium term infrastructure and amenities plan, with clearly defined stakeholder commitments on funding and other enablers.”

“Such a strategic facilitation plan, will be of immense value towards bringing the Federal Government’s visionary directive to quick fruition.”

“Our Governors and other key factors, including leading professional bodies and genuine stakeholder platforms, should commit themselves to this opportunity and challenge.”

“With the target of ensuring that relocation of all oil and gas companies is consummated within the next six to twelve months, while arrangements for perfecting their settling down continue for such further time as may be expedient.”

“IPA commits to collaborating with these vital governmental and non-governmental institutions and mobilizing its wide membership, expertise and leverages towards the fulfilment of this potentially redefining and transformative presidential directive,” the statement read in part.

NGO trains public on gender based violence counseling in Bayelsa