Rats, reptiles take over Nasarawa e-libraries one month after commissioning 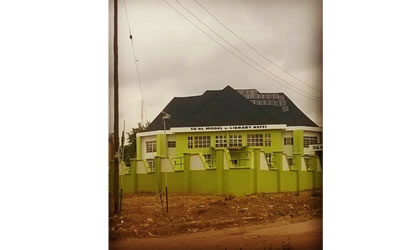 RATS, reptiles and other rodents have taken over the e-libraries in Nasarawa State commissioned by Governor Umaru Tanko Al-makura a month ago during the state’s 20th anniversary.

Tribune Online can authoritatively report that  since the governor commissioned the e-library in Nasarawa, Keffi, Akwanga some months back and recently Lafia on September 30, 2016, the e-libraries have been shut down without been used by the poor masses who had high hopes on the e library in the state.

A student, who spoke to Tribune Online anonymously, said “it is unfortunate that the governor built the e-library to hoodwink the electorates during the 2015 electioneering campaigns.”

He added that” the governor reluctantly commissioned the project more than a year after winning his elections by carrying out a window dressing to hoodwink poor masses.

“If not tell me why all the e-libraries are situated by the road sides that are usually noisy. One had expected the government would place such libraries in siren environments but they will not in order to score cheap political points”, he said.

Tribune Online reported that, on the day the Lafia e-library was been commissioned by the governor, there was no internet facilities on the computers as the operator gave excuses and promised it would function the following day.

But, when our reporter visited the e-library recently, grasses, rats, and reptiles have taken over the place and the e-library gate was under lock and key.

As at press time, efforts to get the Commissioner for Education, Hajiya Ramatu Abubakar, to comment on the matter failed as the commissioned ended her call on hearing about the e-library and rejected several other calls.

#USElection2016: How Clinton will emerge as first female president or Trump as first celebrity billionaire president