•How online loans are bailing out struggling Nigerians, who often default in loan repayment

Features
By KOLA MUHAMMED and ADEOLA OTEMADE On Dec 6, 2020 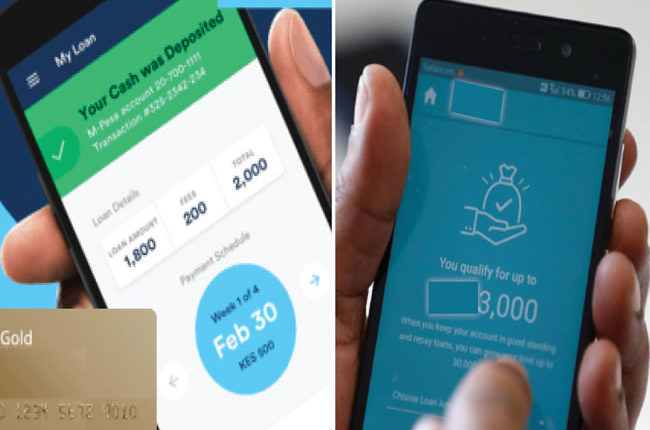 KOLA MUHAMMED and ADEOLA OTEMADE write that many Nigerians are currently leveraging on the opportunities offered by online fintech companies who give out small loans to cushion the effect of the downward trend in the economy, but struggle to get repayments from beneficiaries.

With a second recession in five years declared by the National Bureau of Statistics (NBS) recently, Nigeria’s economy is reportedly at its lowest ebb, just as the World Bank had already predicted in June that the country would face its worst recession in four decades.

It is, therefore, not surprising that Nigerians seem desperate in seeking ways to make ends meet, and with the advent of technology, loans are no longer restricted to commercial and microfinance banks. Now, there are online credit and investment start-ups which appear readily to offer loans to Nigerians and people have not been hesitant to take such loans in order to cushion economic hardships.

What seemed to have started with a handful of companies years back has now become a significant part of the financial technology (fintech) industry as people can, with a few taps on their smartphones, get instant money credit and repay at a later time without needing to fill forms, make physical appearance at a financial institution or provide any form of collateral.

Sunday Tribune investigations revealed that as soon as people got wind of the opportunity to take quick loans without stepping out of their comfort zones, more online platforms began to spring up with many of them deploying their presence to the social media where media influencers help trumpet their arrival.

While the quick loan app may look good for starters, especially artisans and young Nigerians looking for ways to make quick returns on businesses, same could not be said of some salary earners whose incomes have not only been depleted but have been irregular.

Investigation by Sunday Tribune revealed that it is not only internet-savvy youths who take the loans; artisans and salary earners now prefer such online credit schemes to bank or cooperative loans.

Instead of regular income deductions over which salary earners are helpless, they would rather take online loan facilities which can be repaid at a convenient time without worrying about shortage of income.

More so, some beneficiaries of these online platforms told Sunday Tribune in separate interviews that online schemes offered lesser percentages than traditional banks and cooperative societies; hence it was less strenuous patronising them.

Several artisans who pleaded anonymity while interacting with Sunday Tribune said they have been able to give their businesses a boost with the loans, especially in the wake of a COVID-19 national lockdown which brought many businesses to their knees.

Some even said that they started their small-scale businesses with such loans and have been repaying and getting larger amounts to continue financing their businesses.

To them, it is the best time for their business as they are not under the yoke of high interest rates from banks and the risk of their business being taken over should they default in paying back.

Those who spoke to Sunday Tribune affirmed that since the introduction of the quick loans, their lives have experienced a breath of life as their condition of living has improved due to quick access to small loans.

One of such persons is Babatunde John who narrated to Sunday Tribune how he came across online credit platforms and subsequently empowered himself through the opportunities they offer.

“I was just scrolling on social media when I saw an advert that I could get a loan of up to one million naira in five minutes. I was shocked. I didn’t believe my eyes because there are a lot of click baits on the internet.

“Nonetheless, I proceeded. And before I knew it, I was actually granted a loan of about eight thousand naira and got the credit alert in a matter of minutes. Clicking on that made other similar suggestions pop up on my page.

“I kept on trying, some rejected my approach, a few more others gave me money. Before I knew it, I was about N20,000 richer that day, and that was how I decided to go into data selling business,” John added.

John’s experience was corroborated by several other Nigerians who spoke to Sunday Tribune on how the web-based credit companies and start-ups have come to their aid when things were tight.

Another beneficiary of such loans, Michael Iyammah, told Sunday Tribune, that the loan facilities were timely for him and did not require any complex process or collateral, only a few guarantors.

“When I started taking loans from these credit platforms, I was in need of urgent cash and they didn’t require any form of collateral, only guarantors.

The very first one I got had an interesting offer that if one could repay the loan under two days, there would be no interest. I got it and paid back the following day.

“And according to their policy, once you meet the condition(s) of every loan, the amount one is eligible to take increases. I started with N6,500, then to N8,000. My limit eventually increased to N35,000. I tried up to five or six platforms, and as I was repaying, they were increasing my loan limit.

“Although it is difficult to put a number on the total amount I have got from them; in all, I am owing them up to N40,000 now,” Iyammah added.

The stories of John, Adesiyan and Iyammah help paint a picture of how credit companies have come to the aid of many Nigerians in times of distress, and at the same time how these outfits are forced to bear with the defaulting of loan agreements and sometimes having to resort to extreme measures to get their money paid back

Investigations by Sunday Tribune revealed that in the process of obtaining a loan, either through an app or a website, customers are asked to give consent for their contacts to be accessed. As such, when a loan is defaulted, the crediting company sends a message to all the contacts on the defaulter’s phone, a seeming attempt to pressurise them into repaying the loan.

Several threats are often made via messages and calls but there are those who are of the opinion that those threats don’t often hold water. Iyammah, a borrower who is a recipient of such message disclosed that he gets up to four of such messages from different platforms in a day but he has blocked every access to his main bank accounts.

“When I wanted to get the loan, I had to input my ATM card details but when I know that I cannot meet up with the deadline, I visited my bank under the guise that my ATM card had been stolen and I requested that all access to my account through it be blocked,” adding that, “We are all Nigerians; the times are hard and we do whatever we can to survive.”

Speaking to Sunday Tribune on the efforts by credit companies to get defaulters to pay, finance lawyer, Adeola Babalola, provides insights into why credit companies and start-ups alike are often hamstrung, and how they can facilitate repayment.

“They [credit companies] do not have access to people’s accounts because there are only two institutions which can do that and they are the commercial banks themselves and the Central Bank of Nigeria. They can only act within the jurisdiction stipulated for them and the bounds of agreement between them and the loanees.

“To facilitate loan repayment, these platforms can stipulate authorisation to access accounts in their agreement with the people applying for loans. In law, there is what we call ‘pactasunt servanda’. It means that agreement made must be kept.

“In a situation where a person defaults, such a person can be taken to court and the court will grant authority for the loan to be repaid by placing a standing order on the defaulter’s account(s). Another way is to approach mediating companies. They specialise in getting repayments.

“Also, the intention of people applying for loan should be screened. For instance, a corps member who wants to take a loan of three hundred thousand to buy a phone will definitely have a hard time paying back,” Babalola added.

Making profit in the face of defaulting

An investment start-up owner, Olamide Olayinka, speaks on how credit scheme providers make profit even with the reported high rate of defaulting.

“The main objective of fintechs is to provide financial inclusion for millions of Nigerians. Our research at Kashbase revealed that over 60 million Nigerians are unbanked and one of the ways to pull people into the digital space is provision of financial products which serve as cushion for the current economic woes.

“As much as we are helping Nigerians in our own way, giving out loans makes it easy to gather data. With such numbers, it is easier for providers of credit facilities to convince investors and raise money.

“The way it is done is that when money is raised for a venture, say for instance N100 million, it is slashed into four and a quarter or fraction of it is put into loans and similar products. The bulk of the money raised is invested into more profitable things from which the loss on the credit front is covered for by the investment of the larger fraction of money raised.

“At the same time, with the data gathered from the people that have been served credit, other products can be designed for them which will definitely catch their fancy.

“Another method that serves as a cover against losses is insurance. Credit companies insure the loans they give out. The level of insurance determines the level of cover that is provided should people prove unresponsive to loans obtained,” Olayinka further explained.

The future of borrowing

An agro start-up founder, Adeyinka Adesiyan, is of the opinion that despite the growing number of defaulters, it would be unfortunate if the individuals and start-ups that benefit from such financial facilities and stay faithful are affected if the resources dwindle.

“I have a business which I run using credit facilities and I know of many others like myself. There are also individuals who try and they do well by those loan conditions fending for themselves in the process. So, my hope is that such schemes continue to be made available for serious-minded Nigerians.

“At the same time, I will also implore the schemes to screen people better as there are those who seek nothing but to take loans and run off with the money, to the detriment of others,” Adesiyan added.

Why I have more female fans —Kunle Remi

NYSC: Still relevant or due for the thrash can?