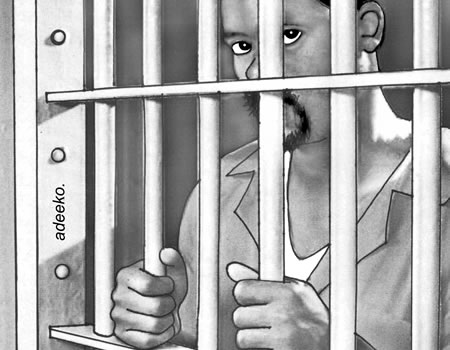 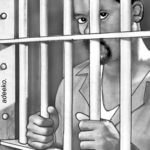 THE media space has been assailed, lately, by claims and denials regarding the extent of human rights violations in this clime. Top on the cards is the report of Amnesty International on the alleged cases of “arbitrary arrests, unlawful detention, torture, forced disappearance and extra-judicial executions” against military officers engaged in counter terrorism and counter insurgency operations, especially in the North East, South East and South South.This discourse is not a consideration of the merits or inaccuracies in the AI report. Rather, we are concerned with basic denial of rights perpetrated by our warped, unfair and quite insensitive judicial system. To the layman, what is the common sense when a man who stole a goat is slammed in a stinking and congested prison but the big man who stole billions of naira from pension funds is granted bail to travel abroad for medical checkup?

Prison congestion and its antidote have featured since 1999 in the template for judicial reforms and in the yearly budget estimates of both the Federal Ministries of Justice and Interior. The result is more congestion and greater lamentation. But the poor, hapless convicts, including suspects awaiting trial, continue to suffer in squalor and dehumanizing conditions. One recent encounter may give a clue on this seemingly untreatable cankerworm. Mr. Femi Gbajabiamila, a member of the House of Representatives from Lagos State, last week visited the Kirikiri Medium Security Prison. His mission was to perfect the bail condition of some 40 persons who were remanded for their inability to meet conditions imposed by some funny magistrate courts. Reports indicated that most of them were arrested and taken to court for offences such as hawking and loitering within Lagos metropolis. The logic here is not in the tenets of the law they violated. The lawmaker was miffed by the fact that a sizeable number of those remanded in prison were arraigned before magistrate courts which have no jurisdiction to entertain such cases.

At the root of the rot in our prison system is the seeming insensitivity on the part of managers of the system. Hear Mr.  Emmanuel Oluwaniyi, the officer in charge of the Kirikiri Prison. The medium security section has space for 1,700, but when ‘Gbaja’ visited, there were 3, 553 inmates. What an ingenious way to breed hardened criminals!

The use of remand order by the courts is quite contentious and vexatious. Legal minds have divergent views. But no one with any sense of fairness and compassion will support the idea that those who hawk on the streets be remanded in prisons; congested and de-humanising as they are. They could be fined or made to engage in cleaning the streets. But what are the managers of the system thinking? The Supreme Court and several other courts in the land have held that slamming a holding charge on a suspect is unconstitutional. Rather than grant administrative bail, most magistrate courts will slam a remand order on petty suspects, send them to the prison custody to rot away till another ‘Gbaja’ viists.

While the rot is systemic, government officials saddled with wearing their thinking caps will rather embrace pedestrian solutions. The most attractive is the award of contracts to build more prisons that will accommodate more bad guys. Meanwhile, the case of the awaiting trial suspects, who constitute the majority of inmates, is never properly addressed.  That is why a prison reform group, the Citizens United for the Rehabilitation of Errants, CURE, has criticised the plan by government to build more prisons without first decongesting those bursting in the seams. Recall that the Minister of Interior, Gen. Abdulrahman Dambazau, recently announced the plan to build new prisons. Indeed, the Kano State government has donated a land to build a 3,000 capacity facility.

But CURE would rather see government find a cure for the national cankerworm tagged Prison congestion. Mr. Sylvester Uhaa, its executive director, agreed that many of the existing prisons are very old, some built by the colonialists. He argues that a comprehensive justice reform system and massive prison decongestion should precede the building of new ones. His logic: “We should decongest the prisons by ensuring that only those who are convicted are sent to prison to serve their jail terms, reduce the over reliance on incarceration as the only form of punishment and by reforming the criminal justice system. It is only then that it will make sense to build new prisons.”

So, why are seemingly innocent people or those yet to be convicted for any crime clamped in the prisons? The answer can be found in inept leadership, poor judgment and corruption combined. Listen to Uhaa again: “It sounds strange that at a time countries around the world are closing their prisons, Nigeria is planning to build new prisons when 70 per cent of prisoners are awaiting trial.” Many figures are flying around. A prison fact sheet indicates that some 69,200 people are behind the irons. No fewer than 47,800 of them are awaiting trial. Sadly, by the admission of   Dambazau, most of those awaiting trial in the various prisons have spent an average of 15 years for offences that should attract just 12 months in custody! Any wonder why Amnesty International is breathing down our neck.

Now, back to the pesky stance of Amnesty International. It is re-assuring that the Chief of Army Staff had responded promptly by raising a Special Board of Inquiry to investigate the allegations contained in the report. The panel has since published its findings. It is indeed a wake-up call for managers of the criminal justice system.

NYSC and the dead horse syndrome