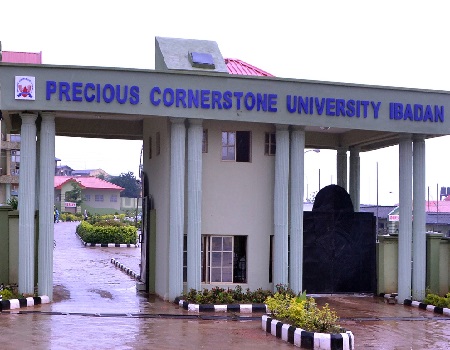 They were admitted into different programmes in the university’s two faculties: Faculty of Pure and Applied Sciences and the Faculty of Social and Management Sciences.

The vice-chancellor of the university, Professor Julius Oloke, while welcoming the new students into the university, urged them not to see their newfound ‘freedom’ from home as an opportunity to engage in all manners of vices but to utilize it imbibe skills that would be of tremendous use to them in modelling a life of service to God and humanity.

He also congratulated the parents on their wise decisions to enrol their children in a private university such as PCU where children are trained to be highly competent professionals but also to be spiritually sensitive.

Professor Oloke announced that the National Universities Commission (NUC) visited PCU in the last two weeks and that the comments of the team were very positive.

The vice-chancellor listed some of the achievements of the university in the last one year, including the strategic visit and collaboration with Robotics and Artificial Intelligence in Nigeria (RAIN); collaboration with the Oyo State government through execution of four research proposals; participation in a multi-disciplinary research-based interview hosted by the University of Lincoln on Higher Education in Nigeria, among others.

He also spoke of the webinar co-hosted by CSEDIMAR and CoTAIC tagged ‘The Impact of COVID-19 on Learning and Life as We Know it: Is this the Dawn of a New Era?’ in which about 200 participants from within and outside Nigeria participated.

The matriculation oath was administered on the new students by the registrar, Dr (Mrs) Pedetin Afolayan.

People are suffering, Matawalle pleads with traders to reduce prices of goods