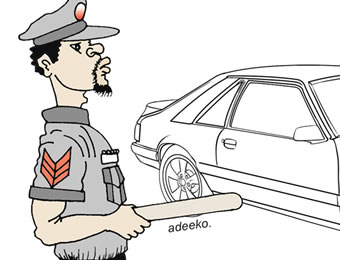 AT no time is having an efficient Nigerian Police more critical than under a government which, like that of President Muhammadu Buhari, has chosen security as one of its top priorities. At no time may seeking ways of making the force more efficient be more pertinent than after the appointment of a new Acting Inspector General of Police, such as Ibrahim Idris, who awaits confirmation as the number one police officer in the country. For such a new helmsman would likely be open to new ideas for improving the performance of the force.

And though the Buhari government may have prioritised security in response to the terrorist threat posed by Boko Haram, it is clear that keeping a nation secure involves far more than dispensing with such threats. Terrorism is only one of the causes of insecurity known to man. At a more fundamental level, ensuring security entails fighting crime – including such that may be perpetrated by terrorist groups, like murder and kidnapping – which directly violates the security of its victims.

Also, fighting crime – related as it is to maintaining law and order, which the police are basically charged with – is a multi-faceted activity. It can take the pre-emptive form of crime prevention. It can take the form of combating violent criminals while actively engaged in armed robbery, for instance. It can take the form of investigating crime and prosecuting the culprits. Each of these situations may involve a security threat to individuals and groups in society, but more so the activities of violent criminals of all sorts. It cannot be gainsaid that the Nigerian police can play a critical role in all such situations in relation to the country. There is also a general consensus that they need to be far better equipped and motivated than they currently are in order to play that role effectively.

A very important component of motivating them better is improving the welfare of police personnel so as to eliminate or reduce the temptation of those unethical practices, such as extorting money from commuters at checkpoints, which compound their inefficiency and give them a bad image.

But rather than interrogate them about the missing items as anyone would have expected, she asked them how much they were paid as salary. Following their reply, she asked them how much they were paid as allowance by the company. She asked them to leave after they responded to the second question. At the next management meeting, she recommended a monthly allowance for both guards, which doubled what they had been receiving as salary from the police and allowance from the company, but was still a fraction of what their counterparts were paid monthly as staff of the company. Her recommendation was approved. A few days after the guards received the new allowance, all the missing items resurfaced in the yard. Afterwards, no further case of missing items was reported while they kept guard at the facility.

What the head of human resources did through her creative and humane intervention was link improving the guards’ welfare to improving the security of the items under their protection, as we must link the welfare of men and officers of the Nigerian police to improving national security.

Even before I heard the story, I disagreed with the notion that the Nigerian police are inherently or irremediably corrupt. But the story helped to justify that disagreement.

Rather, I believe that a country gets the type of police force it cultivates. A country cannot have the most poorly paid and inadequately motivated police personnel in the world and expect them to perform as satisfactorily as their counterparts in other countries who are well catered for by their governments.

To underpay and underequip the police while charging them with maintaining law and order is to show contempt for law and order. It is to identify indirectly with the enterprise of crime because such frustrating conditions would necessarily impair their capacity to fight crime which they can only do effectively under working conditions that inspire efficiency and patriotism.

My recent observations while cooperating with the police in investigating a criminal case as the complainant show that their condition of service leaves much to be desired and needs to be improved exponentially.

And while not making an excuse for corruption, I would insist that most of the corruption attributed to Nigerian police personnel is a reaction to financial insecurity and would not exist under a regime of adequate welfare. So we ought to view the moral inadequacies of our police personnel with humanity, as something forced on some of them by desperate circumstances.

Incidentally, the slogan of the Nigerian police – namely, “Police is your friend” – seems to have a bearing to their bad reputation, especially the type that arises from the collusion of some of their personnel with criminals, like the case of George Iyamu, a Deputy Superintendent of Police, and Lawrence Anini, the notorious armed robber, which shocked the nation in the 1980s. It means “Police is your friend” even if you’re a lawbreaker. It should be modified to change this negative impression and discourage those in the force who may see it as a justification for accepting to be collusively befriended by criminals. The police should not be your friend regardless of who you are or what you do.

In all, it is apparent that the Nigerian police are confined to trying to achieve so much with so little. Their situation can be compared to being given a cutlass to cut down an iroko tree by a country that can afford a chainsaw. This situation requires that we empathise with them rather than judge them harshly for their failings. It also imposes on us the moral responsibility to campaign for the improvement of their condition of service in our collective interest. A happier police force makes a safer nation.