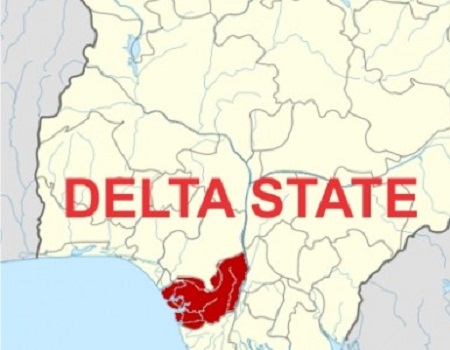 FIVE days after being allegedly sworn in as chairman of the All Progressives Congress (APC) in Delta State by Comrade Adams Oshiomhole, Prophet Jones Erue and members of his faction were, on Friday, prevented from gaining access to the party’s secretariat in Asaba.

Operatives of the Delta State Police Command stopped the Prophet Erue-led faction from gaining access to the state’s party’s secretariat for a scheduled inauguration of its state executive committee.

TribuneOnline gathered that the party’s state secretariat at Nnabisi road Asaba was sealed off by men of the Nigeria Police, restricting access to the facility to avert a breakdown of law and order.

Although the Police Public Relations Officer (PPRO), Mr Andrew Aniamaka could not be reached for reaction on Friday, it was, however, gathered that the Delta State Commissioner of Police’s action was informed by an earlier Letter of Introduction from the erstwhile National Chairman, Chief John Oyegun, who had introduced Chief Cyril Ogodo to the police as the Delta State APC party chairman.

The Erue-led faction had, on Thursday, issued a “Notice of Inauguration of Delta State APC Executive Committee for Friday,” today, but was denied access to the party’s secretariat by the police in order to avoid the breakdown of law and order.

As a result, enraged Prophet Erue is said to have issued another notice to his factional members.

The notice, which was obtained from an APC WhatsApp group page, reads in part: “Due to circumstances beyond our control, we are sorry to announce the postponement of the inauguration of Delta State APC Executive Committee earlier scheduled to hold on Friday 20th July 2018.

“We further gathered that the state Commissioner of Police has invited both camps for a meeting in order to set the records right.”

Two executive factions led by Chief Cyril Ogodo and Prophet Erue had emerged after the shenanigans that characterised the ward and state congresses in the state culminating in a free-for-all at the party’s national convention in Abuja.

The Ogodo-led faction, seen as more authentic, was inaugurated by the out-gone national chairman, Chief Oyegun before the new chairman, Comrade Oshiomhole, who at his swearing-in vowed to lay to rest every bickering, allegedly, surreptitiously, against a subsisting court-restraining order, swore in the Prophet Erue factional executive.

The subsisting court order restrains Oshiomhole and the APC from recognizing any other person than the Chief Cyril Ogodo-led State Working Committee which was sworn in by the then Chief John Odigie-Oyegun-led NWC and four additional suits are said to be ongoing in the matter.

But Oshiomhole, after just two days of assumption of office, assisted the Erue/Ogboru/Agege faction to procure a consent judgment setting aside the executive duly elected and inaugurated by the Chief John Oyegun-led NWC, a move that has torn the party apart in the state.

The new national chairman is perceived in the light of a vindictive move to hand over the party structure to the Erue/Ogboru/Agege-led group as well as currently assuming a reign of impunity and trying pretty hard to dismantle what could be described as the Oyegun political structure.