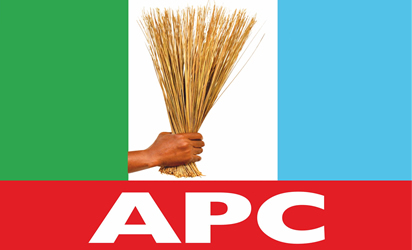 The All Progressives Congress (APC) in Oyo State has described the allegation made by the media arm of the governor Seyi Makinde reelection campaign that it (APC) was planning to burn down the state office of the Independent National Electoral Commission (INEC) as deliberate “falsehood, propaganda and a shameful attempt to mislead the public.”

The media arm of the Governor Seyi Makinde 2023 Campaign Council, led by Mr Dotun Oyelade, had in a statement issued on Sunday, said it had uncovered a plan by the major opposition party in the state to carry out coordinated attacks on the state headquarters of INEC because it was jittery ahead of the 2023 elections.

But, in a statement issued on Monday, Publicity Secretary of Oyo APC, Mr Olawale Sadare, said the party does not have any reason whatsoever to sponsor attacks against individuals and public facilities (including INEC offices).

Oyo APC expressed disappointment over what it described as “an impending doom for democracy in the state,” with the campaign council raising a false alarm of planned arson.

The party called on security agencies to put to check all agents of violence and demobilise their sponsors.

The statement read: “We could have ignored the merchant of blackmail on their puerile claim of arson plan but we felt a need to put it on record that APC does not have any reason whatsoever to sponsor attacks against individuals and public facilities (including INEC offices) as it is not in our character or idiosyncrasy to destroy or sabotage.

“The only change which has come into the way we do things is that we shall not continue to watch helplessly while some violent characters hound and victimise our members and property as electioneering get underway.

“As a matter of fact, the divinely-induced revelation coming from the camp of Oyo PDP should not be taken with a pinch of salt as parties and candidates prosecute their electioneering ahead of the 2023 election.

“It is highly imperative for security agencies, traditional rulers, religious leaders and other stakeholders as well as patriots and friends of Nigeria to collaborate and ensure that no individual or group of individuals is allowed to truncate the electoral process for selfish gains.

“The people of Oyo state deserve their peace and all agents of violence must be put to check or caused to be demobilised by their sponsors.”