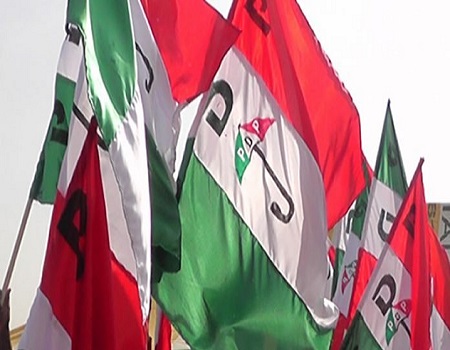 The Peoples Democratic Party (PDP) on Thursday announced the lifting of the suspension placed on seven of its members in the House of Representatives.

A statement issued by Kola Ologbondiyan, National Publicity Secretary, informed that the National Working Committee (NWC) noted that the lifting of the suspension was based on the recommendations of a various committee set on issues relating to the suspension.

The party charged the lawmakers to be loyal to the party and obey its directives in line with its constitution and vision of its founding fathers.

In the same vein, the party maintains that it continues to recognize the PDP Caucus of the House of Representatives as led by Hon. Kingsley Chinda and charged all members elected on the platform of the party to continue to participate in the activities of the caucus.

The PDP urged the lawmakers to ensure a stronger and more viable opposition that speaks with one voice in the legislative house.

Furthermore, the party directed the Harmonization Committee led by Governor Aminu Waziri Tambuwal to further meet with our members in the House of Representatives with a view to ensuring harmonious relationship among them.

The lawmakers were suspended for going against the party’s decision on the Minority Leader’s position in the House of Representatives at the commencement of the present Assembly.

The British Parliament at the Westminster Hall held a debate on ‘e-petition 554150, relating to Nigeria and the sanctions regime’ on Monday. The government of the United Kingdom has however responded…PDP lifts suspension

The surprise visit made on Friday night by the leaders of the ruling All Progressives Congress (APC) to former President Goodluck Jonathan at his residence in Abuja triggered a stir in the major political camps, resulting in at least four possible theories..PDP lifts suspension  PDP lifts suspension