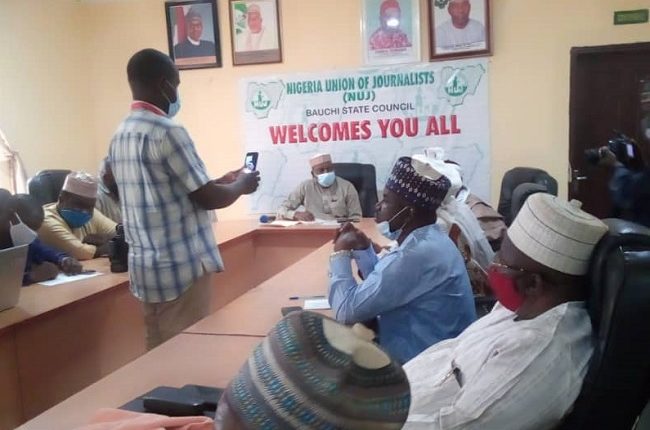 The Chief Medical Director (CMD) of the Abubakar Tafawa Balewa Teaching Hospital Bauchi, Dr Yusuf Bara Jibrin, has said that some patients who visited the hospital for treatment died due to lack of funds for the required treatment.

He noted that 50 percent of patients that come to the hospital cannot afford to pay their medical bills.

The CMD made the clarification on Tuesday when he led a committee known as the ‘League of Friends of ATBUH’ on a courtesy visit to the leadership of the Nigeria Union of Journalists (NUJ) at Press Center Bauchi.

Jibrin said: “You will write drugs for a patient to buy and sometimes they will not buy the drugs until two hours later because of no money. Sometimes, they will have to source for the money by selling their valuables to raise that money, at that time it may have been a little late.

“If you say you want to assist one person, then others too will take advantage of that and it is not possible to assist everybody. I am a consultant, I know what doctors are experiencing. If there is a case of death in the hospital, the doctor on call that day will not sleep because he has to give explanations to the panel of the hospital, what happened that resulted to that person’s death.

“Attending to the needs of patients in the hospital can be very demanding to the extent that some doctors usually collapse, some even die of sudden death because they don’t have the time to take care of themselves. It does not mean that doctors will not do their work, because they are the ones who chose to become doctors.

“The work of doctor can be challenging, sometimes you don’t even have time for your family, so, it is not true that doctors at the ATBUTH neglect their duties,” he added.

He, however, assured that “if it is discovered that a doctor deliberately neglects his duty which resulted in the death of a patient, an investigation will be launched into the case and if found guilty, that doctor will be punished accordingly. The doctor can even lose his certificate if there is any case of negligence on his part.”