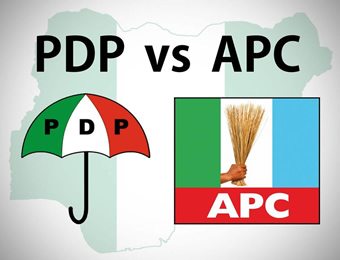 The Peoples Democratic Party (PDP) in Ekiti State has dismissed claims by the All Progressives Congress (APC) in the state that N9.5 billion was received by the Ekiti as first tranche of the Paris Club refund, saying this is not true.

PDP, which reacted to APC’s allegation in a statement on Wednesday, said the people should ignore the APC, saying “Ekiti State and the 16 Local Councils received N8.8 billion out of which the state got N5.4 billion and the Local Councils got N3.4 billion.”

In the statement by publicity secretary of PDP, Mr Jackson Adebayo, the party said “no kobo has been received as second tranche of the refund by any state in the country.”

Adebayo said “Nigerians are aware of the fact that the Nigeria Governors Forum (NGF) hired a team of consultants to help secure the repayment of the over-deducted funds from the Federal Government when the FG was dragging its feet on the issue.

“It is even an irony that states and local councils in Nigeria are being treated like beggars on the refund of money belonging to them that was illegally deducted by the federal government. It is sad that instead of the federal government refunding the money it illegally deducted with apology to the States and Local Councils, it is the one giving terms.”

PDP said it was “funny that the same APC that ran the state aground, plunging the state into the debt that has caused financial embarrassment to the state during its four years rul,e is the one trying to get back to the minds of Ekiti people through false information.”

According to the party, “everyone in Nigeria would also recollect that the consultants collected a certain percentage of the funds released to the 36 states of the federation and the FCT as consultancy fees and the issue of consultancy fees became a national issue as the Economic and Financial Crimes Commission (EFCC) investigated the matter for several months.”

The PDP also urged those behind the deliberate misinformation to endeavour to find out what other States got as against the report by the Federal Ministry of Finance.

The party urged the people of the State to always ignore the lies and machinations of the APC that is brandishing different figures of the Paris debt refund to Ekiti State, challenging the mischief makers to come forward with evidence, particularly and account into which the fund was deposited.

“Governor Ayodele Fayose has remained transparent in allocations that come to the State and this Paris Club refund case will not be different. He has told the workers expressly that when the second tranche of the Paris Club refund comes, he will call them together, present it before them and deliberate on how best to defray salaries owed.

“The governor has assured the workers that he will continue to deal with them with all honesty and will make frantic efforts to ensure that salaries are paid,” the PDP said.