Oyo tertiary institutions must be accountable, self sufficient ― SSG 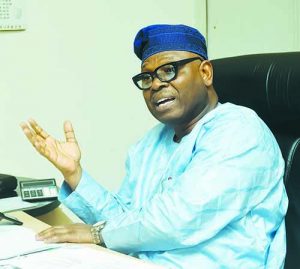 IN the wake of the lingering strike by staff of some state-owned tertiary institutions, Secretary to the Oyo State Government, Mr Olalekan Alli, has said it was imperative for management of the institutions to be more accountable than ever and implement creative ideas towards being self-sufficient.

Noting that the institutions had been granted administrative freedom with the government setting up governing councils, Alli averred that management was not expected to solely apply the grant they get to the payment of salary, but must make other funding sources viable.

Speaking with TribuneOnline, he said the state government could only oblige the striking unions’ request for a further increase in subvention it gave the institutions if the government’s income also increased.

The staff of the Oyo State College of Agriculture and Technology, Igboora and Emmanuel Alayande College of Education, Oyo, have been on strike for about four months owing to issues of nonpayment of salary arrears of 17 months, payment of fractional salaries from January 2016 till July 2018, inadequate subvention and poor funding.

To end the impasse, Alli especially urged staff and students of the institution to cooperate with their governing councils for the impasse to be resolved.

“People must learn to accommodate in whatever situation they find themselves. We have the governing councils so that they can operate as individual entities.

“They take subvention as the direct intervention of government on their salary packages for which they have been applying whatever grant they get from the government.

“Government then decided that based on austere times, it will minimise the grant given to tertiary institutions for them to be more accountable than ever.

“Government does not control their accounts, the number of students they admit, their expenses profile.

The government wants them to be self-sufficient, account for their operations, and not directly apply whatever grant they get to a particular head (expense profile).

They must be able to task themselves to do the needful and run their academic affairs smoothly. They should not be tied to the apron strings of government which is why we have governing councils in place. All tertiary have academic and administrative freedom. The government only plays an overall, superintendent role.

“Otherwise, It will amount to interference by government in the individual affairs of those institutions as they all have the freedom to determine the number of students they want and how they manage their affairs.

“The governing councils’ superintendent all matters affecting the institution and the councils have been applying all measures to solve their problems. Oke Ogun Polytechnic, Saki; The Ibarapa Polytechnic, Eruwa; The Polytechnic, Ibadan are working, as well as College of Education, Lanlate, until recently; it’s only Emmanuel Alayande, Oyo and College of Agriculture, Igboora which has just been recognised by the Board for Technical Education as full-fledged polytechnic, are the ones we have been having problems of sustaining their sessions. I’m sure their governing councils are up to the task to solve their problems.

“Government is on top of the situation and only recently increased their subvention. Their request for a further increase in subvention will come once we have an increase in our own income as government,” Alli said.